It is with pride that the peasants remember, in each conversation, that for 25 years now the Movement of Landless Rural Workers (MST) has been fighting for the right to plant and produce on the unproductive latifundiums in the Campos dos Goytacazes region, in the North of Rio de Janeiro, almost on the border with the Holy Spirit.

One of the biggest and most tense focuses of this struggle is in the extensive farm lands of the former Cambahyba Plant, which has in its history the exploitation of workers in the sugarcane fields for the production of sugar and alcohol.

There are many factors that make the Cícero Guedes encampment – which has been standing for three months next to the rubble of the plant’s industrial park – historic and symbolic. It was in this land that the militant Cícero was assassinated in 2013. Charismatic leadership, the strong voice and generous heart from Alagoas made history in Campos. Already settled in another area of ​​the municipality, he kept alive the struggle for agrarian reform in Cambahyba.

Cícero was in the first occupation of land in the region in the 2000s, in the Oziel Alves camp. The group, which was already harvesting from the land, was evicted in 2006, but even so, managed to have a small portion destined for the construction of a settlement – currently owned by 35 families.

In November 2012, Cícero was one of those responsible for organizing hundreds of families to return to the area and build the Luiz Maranhão camp. Three months later, in January 2013, Cicero was shot dead on one of the roads leading to the property – a crime for which no one was held responsible. In 2018, his companions, once again installed and producing on the land, suffered a new eviction.

The crime that took the militant’s life was not the only one without a conviction in Cambahyba. In 2014, Cláudio Guerra, a former DOPS delegate, admitted to the National Truth Commission (CNV) that the plant’s ovens were used to incinerate at least 12 bodies of opponents of the military dictatorship – including Fernando Santa Cruz, David Capistrano and Luiz Maranhão .

The then owner of the property, Heli Ribeiro Gomes, was the bionic deputy governor of Rio de Janeiro between 1968 and 1970, appointed by the military regime. His family still has political power in Campos.

However, it was not just blood and ashes that the Cicero Guedes camp was set up last June 24th. In the shacks and vegetable garden, in the collective kitchen and in the newly cemented shed, there is the memory of the struggles for agrarian reform in the region. The vast majority of those who form the camp carry the illegal exploitation of work in the field as a story.

This is the case with Antonio Bigode, 59 years old. A close friend of Cicero, Seu Moustache, as he is known, is a former sugarcane cutter. “When I received my monthly salary, I was already in debt at the farm’s shed”, he recalls.

Mustache made a point of pulling his hands when, last week, in the middle of the camp’s coordination meeting, a fellow informed that his mother had just picked a sweet potato weighing just over 1 kilogram in another settlement also located in Campos.

Father of seven and grandfather of 19, he learned from his murdered ex-companion the meaning of the MST flag. “White is for peace. The red of blood. The green is from the earth. Peasants represent the family. Here we grow food without pesticides. There is no better fertilizer for the land than the sweat of the worker”, he adds.

Father of seven and grandfather of 19, he learned from his former teammate Cícero Guedes the meaning of the MST / Brazil flag from Fato RJ

In the last 21 years of the MST’s struggle in Cambahyba, the news coming from the Court has never been so positive for the workers. Even before the new occupation, on May 5, 2021, the substitute judge of the 1st Federal Court of Campos, Katherine Ramos Cordeiro, expropriated 1,300 hectares of land from three farms of the old mill – among them, Cambahyba.

In the order, historic for the movement, it forced the National Institute for Colonization and Agrarian Reform (Incra) to take possession of the area to continue the reform. However, Incra omitted from the obligation for more than a month. That’s when the MST decided to reoccupy the area. On July 5, the unproductive lands of the Cambahyba farm were finally granted to Incra.

One of the companies that held part of the property of the old plant, AVM (which builds luxury condominiums in Campos) still tried to repossess ownership, but the judge again gave a favorable decision to the workers. In the order, there is also authorization for the camp to remain on the land.

One of those who greatly celebrated the decision was Nádia Silva, responsible for the only small market in the camp, called “birosca”. Born in Campos 56 years ago, she spent her youth “in the countryside”, until her grandmother died struck by lightning. She was then forced to flee the countryside and now, more than 30 years living in cities, she says she has not gotten used to urban life. 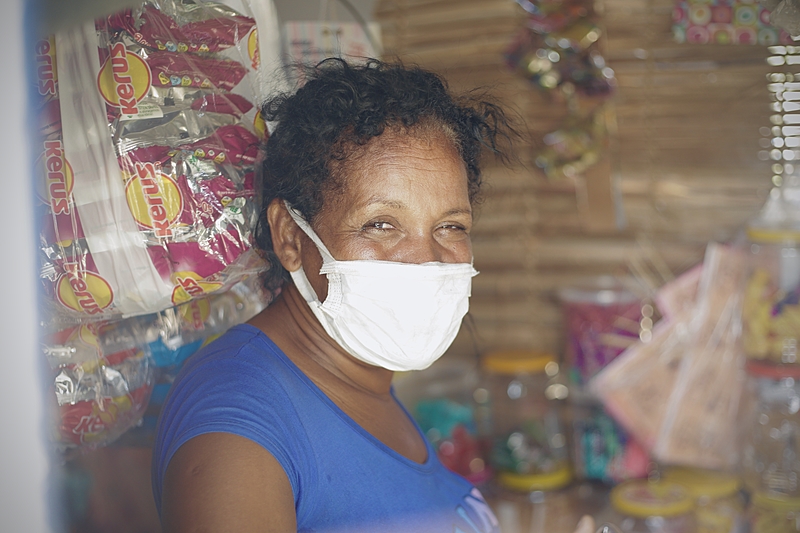 Nádia Silva is responsible for the only small market in the camp, known as the “birosca” / Brasil de Fato RJ

“I love the land. Master. She is alive, she is life. Look at my hands, all calloused. I built my shack there and already planted in the fields behind: banana, tomato, corn, pineapple, cassava, guava, coconut, pitanga, kale, chives, peppers, guando, parsley. And there’s more. When I leave our land, I’ll be happy with life but I’ll cry a little bit of missing here too. But it will be better, God willing”, he says.

The biggest opponent in the fight for the lands of Cambahyba is the one who should be the biggest partner: the state superintendent of Incra on the Cassius Rodrigo River. A declared supporter of Jair Bolsonaro (non-party) and opposed to the MST, Cassius visited the camp by surprise a few weeks ago, even without making an appointment with the camp leaders.

Read more: Who is the superintendent of Incra investigated for harassment and coercion by the MPF?

During the visit, according to the campers, he said that Incra would not transform the land into a settlement if the families remained in the place. State authorities rushed to deny the superintendent. Federal Public Defender Thales Arcoverde was one of them. “There is no legal impediment to carrying out agrarian reform with you on the land,” he said in a video recorded for the campers.

In a virtual hearing held last Monday (13), Incra’s own attorneys reinforced the message. Prosecutor David Lucas guaranteed that “if there is a possibility for Incra employees to work in the area, there is no reason to condition one thing on the other. In the law, it does not say that it is necessary to vacate for agrarian reform”. 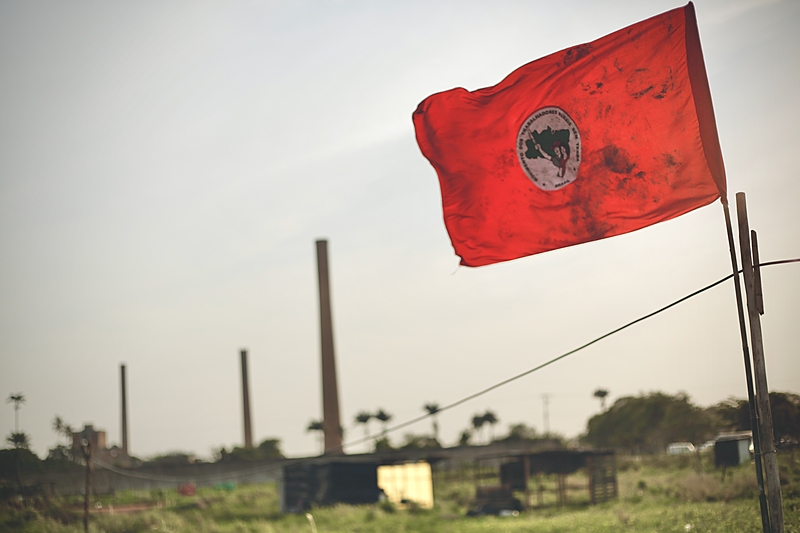 Dozens of authorities and organizations join the chorus and press for Incra to quickly settle the families. Representatives of the diocese of Campos have already defended the camp. Bishop Dom Roberto Paz and deacon Kauê Martins recorded messages to the campers reminding that Pope Francis himself defends that no peasant should live without land.

On the last 7th of this month, representatives of social movements, political parties and universities located in Campos were in the occupation to support the movement.

Cuban Raúl Palácio, dean of the State University of North Fluminense Darcy Ribeiro (UENF), said that the university gives full support to the workers in the camp.

“It is important that our university stays with this movement. First, political support is needed for the delivery of the land now. In the second moment, we will have a series of projects to be able to develop that settlement. And, third, UENF also wants to be a consumer of the products produced there”, he explained.

Ana Costa, director of the Federal Fluminense University (UFF) in Campos, who was also a friend of Cícero’s and has studied the agrarian issue in the region for more than two decades, confirmed the history of the MST’s struggle in the region.

“The struggle for land in Cambahyba is for social justice, equality, working conditions. Families need to feed themselves and survive with dignity. Settling Cambahyba is to do justice for so many people who fought and died there,” he said.