This Saturday, September 11, marks 48 years since the military coup that ousted President Salvador Allende in Chile. Allende, one of the founders of the Socialist Party, was elected in 1970 through the Popular Unity platform, which brought together several Chilean social organizations around a project of grassroots reforms for the country.

In just three years of administration, Salvador Allende nationalized Chile’s copper reserves, which today represent around 30% of the mineral available in the world, nationalized banks, carried out an agrarian reform and even proposed the refoundation of the Chilean state based on a new constitution.

“48 years ago, with Salvador Allende and the Chilean road to socialism, we had a project to build a better society for Chileans and Chileans, interrupted by a fascist coup. Fascism establishes a system that until then was a laboratory, with the Chicago Boys theory of neoliberalism”, comments Carlos Casanueva Trancoso, a member of the Communist Party of Chile.

In 1973, midway through his term, Allende was killed and deposed by the coup commanded by General Augusto Pinochet, who established a military regime for 17 years in Chile. Despite the redemocratization in 1990, only now in 2021 the Chilean people managed to create mechanisms, including the installation of a Constituent Assembly, to draft a new constitution and abandon the legacy of the dictatorship.

The neoliberal system, applied in Chile, as a model country for all of Latin America, generated one of the most unequal societies in the world. According to the Economic Commission for Latin America and the Caribbean (ECLAC), 1% of the Chilean population concentrates 26% of the wealth, while 66% of Chileans own 2% of the capital that circulates in the country.

Chile is also considered one of the most expensive countries to live in on the continent. To cover basic monthly expenses, such as rent, water and electricity bills and to buy a basic food basket, US$ 1.2 thousand (about R$ 6,600) are needed, while the minimum wage is US$320 (approximately of R$1.7 thousand).

The scenario of inequality, added to the privatization of education, health and even access to water systems, made the Chilean people stand up.

In October 2019, for weeks, Chileans took to the streets of the country’s main cities, in one of the biggest demonstrations in its history, demanding a constitutional reform.

“What happened in October 2019 was the result of a process of struggle for more than 40 years against this system, against the Pinochet dictatorship, against the economic model and against this fascist constitution that shielded it”, defends Casanueva.

Two months ago, the Constitutional Convention was installed, comprising 155 deputies, the majority from the progressive camp, with gender parity and representation of the 11 indigenous peoples of Chile.

Read also: Chile: it is necessary to integrate the demands of feminists and indigenous peoples in the Constitution

“The challenge is to dismantle the neoliberal model that has its structure in the constitution of Pinochet, in this constitution of 1980, that social rights are not a commodity, that we can recover the strategic natural common goods, such as copper, lithium, all biomass marine and water, which are also privatized. Basically, they are demands for social justice, for greater levels of equality”, defends Pablo Sepúlveda Allende, physician, social activist and grandson of Salvador Allende. 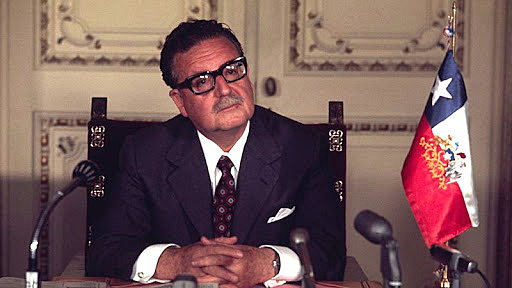 The first sessions sought to establish a regulation and internal committees of the organization. As debates such as the proposed reform of the Chilean military police, the so-called Carabineros, advance in debates, the media campaign against the organization increases.

“As soon as the constituent process ends, a new proposal for a constitution will be presented that will not be in agreement with a right-wing minority. The strategy of this right is to reject the proposal by vote, and then leave the decision to a new referendum”, highlights Carlos Casanueva Trancoso.

:: See what are the next steps for constitutional reform in Chile ::

Although the right-wing slate “Vamos por Chile” has elected only 37 constituents, all decisions of the constitutional convention must be approved by 2/3 of the plenary to be included in a new Magna Carta proposal.

To emphasize the democratic character of the organization, the deputies have already decided that all matters in disagreement will be put to a vote in a new popular plebiscite. At this stage, opposition to the constituent process can carry out a campaign to discredit the Assembly.

“These are fundamental themes, such as the democratic model we want, because we obviously want to go beyond representative democracy in order to advance towards a participatory, binding, deliberative democracy”, emphasizes Sepúlveda Allende.

In addition to the constitutional reform, in November this year Chileans are expected to elect a new president. In all the latest electoral processes, for the Constituent Convention and state governments, left-wing parties or independent candidates obtained the vast majority of the vote, while Sebastián Piñera ends his term with a record 72% disapproval, according to an opinion poll of the Strategic Center for Geopolitics (Celag).

“The Chilean people are advancing in a very democratic process so that popular assemblies, by territory, in the streets, define which society we want in the future. Therefore, the mobilized people are the only guarantee to defend the changes in this constituent”, concludes Carlos Casanueva Trancoso.

And, who knows, to end Pinochet’s legacy, which had its initial mark in the overthrow of Allende.