Businessman Airton Antonio Soligo, known as Airton Cascavel, who testifies to Covid’s CPI this Wednesday (4), said he had negotiated with President Jair Bolsonaro to support a candidate for mayor of Boa Vista, capital of Roraima, in the elections Municipalities of 2020.

During a PSL convention in Roraima, on September 7, 2020, while he held a position as special advisor to the Ministry of Health in the Bolsonaro government, Cascavel said that then pre-candidate Antonio Nicoletti would have the president’s support in municipal elections.

“On Friday [4 de setembro], asked Bolsonaro: ‘president, record a message for Nicoletti’. It’s him [Bolsonaro] said: ‘Cascavel, you can tell Boa Vista that Nicoletti is my candidate, he is Bolsonaro’s candidate”, said the then Health advisor at the time.

After the repercussions and the refusal of the president himself, who at that time still resisted campaigning in the municipal elections, he denied having authorization from Bolsonaro to publicize his support for Nicoletti. He reaffirmed, however, that he had spoken with the president days earlier.

“The president has a posture of not recording for anyone, and the president told me that,” said Cascavel, in an interview with Boa Vista Leaf, in September of last year.

Cascavel himself would benefit from the election of Nicoletti, who has a mandate as a federal deputy for the PSL in Roraima. He is the party’s first alternate in the state, and would guarantee a seat in the Chamber of Deputies if the incumbent assumed the mayor of Boa Vista.

Cascavel became a federal deputy in the same legislature as Bolsonaro, from 1995 to 1999. Then a member of the PPB, he had 15,234 votes and secured the seat. The acronym is the same that the current president was part of at the time.

Two months after working at the Ministry of Health, Cascavel assumed the position of State Secretary of Health in Roraima. With the choice for the position, Governor Antonio Denarium (PSC), an avowed supporter of Bolsonaro, said he intends to “expand and improve the relationship with the federal government”.

“I thank the governor for his confidence in putting me in the most difficult secretariat that exists,” said the new secretary in his inaugural address. Cascavel was fired just over two months later.

Cascavel joins the group of former members of the Roraima state government who worked at the Ministry of Health, also made up of marketer Marcos Eraldo Arnoud Marques, known as Markinhos Show, and former executive secretary, colonel Élcio Franco.

Rattlesnake on the bench of the CPI of the Senate

According to the CPI, Cascavel is a friend of Pazuello’s and participated in public agendas and meetings with the former minister. After the informality was publicized in the press, Pazuello appointed him special advisor, a position held from June 2020 to March 2021.

Author of the application, Senator Randolfe Rodrigues (Rede-AP), points out that state and municipal managers considered that Antonio Soligo was the “de facto minister” of the ministry, and who solved many of the Ministry’s bureaucratic and logistical issues. 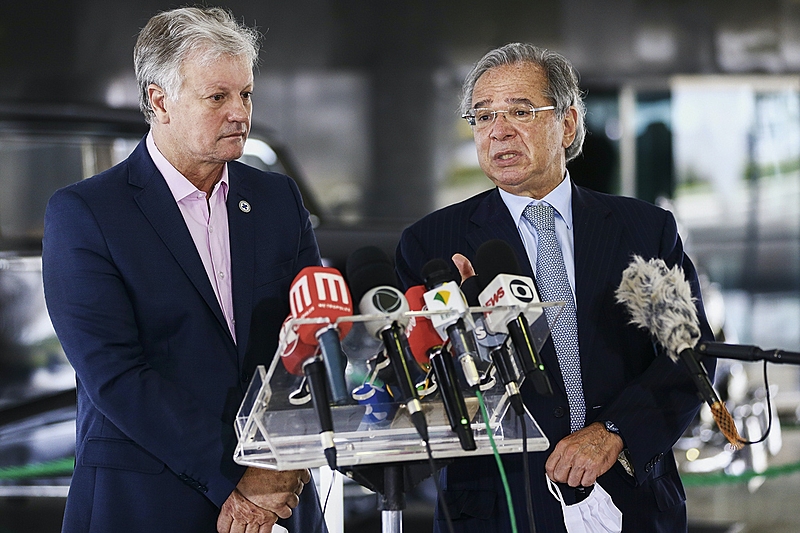 “During the Pazuello administration, in which Mr. Airton Antonio Soligo played a leading role, Brazil witnessed the collapse of health systems across the country,” Randolfe points out.