This week the STF will judge an action involving the Xoklem indigenous people in Santa Catarina, to which the Court will give “general repercussion”, that is, it will apply the same understanding to other future judgments that focus on the same point of judgment. Divergence. It will generate what is called a “binding summary”, that is, it binds, binds, all future judgments to this week’s judgment.

:: Indigenous camp begins in Brasilia, which will keep vigil during Marco Temporal voting ::

The issue that is under legal discussion for decision is the so-called “time frame”. What is this?

As the Constitution was approved in 1988, the large landowners, or even the State with colonization projects, who intruded on indigenous lands BEFORE 1988, could continue in them and indigenous peoples would lose the right to claim these lands. Indigenous peoples would only have rights to the lands on which they were LIVING before 1988, forgetting and erasing all the violence of the evictions that took place in the late 19th century and throughout the 20th century. In addition to opening a discussion about the restricted space to which they were confined by the violence of the surroundings on that date.

In Brasilia, indigenous people illuminate the Praça dos Três Poderes on Tuesday (25) in support of the STF and against the timeframe / APIB

::Timeframe goes to the full of the STF and defines demarcation: what to expect from the judgment?::

Now, in the Constitution it is written: “land that TRADITIONALLY occupy”. It is not written: “lands that MOMENTANILY occupy”. At first, there would be nothing to discuss. Traditional occupation is proven with the identification of indigenous cemeteries, documents proving presence, testimonies of the elderly, in short, there is a consecrated methodology to identify traditional occupation.

What will be on trial is whether it is valid for Traditionality or the Time Frame dated in 1988. And this week’s decision will be valid for the next trials.

Indigenous peoples and their allies are mobilized. The big landowners invading indigenous lands, too.

::STF judgment on the Temporal Framework is a crucial point in the struggle for the lives of indigenous peoples::

Doubts always arise about small farmers that the governments have owned in areas of traditional indigenous occupation.

When I was part of the Olívio Dutra government in Rio Grande do Sul, I had the honor of coordinating, under the firm orders of the great governor, the resettlement in better conditions than those living in indigenous lands, of more than 500 families, returning the lands to their families. legitimate owners and guaranteeing the right to land to bona fide occupiers.

Conflict that can be resolved by guaranteeing the rights of farmers and indigenous people, if political will is enough.

Great expectation of seeing the STF enshrining the Constitution approved and not legislating. 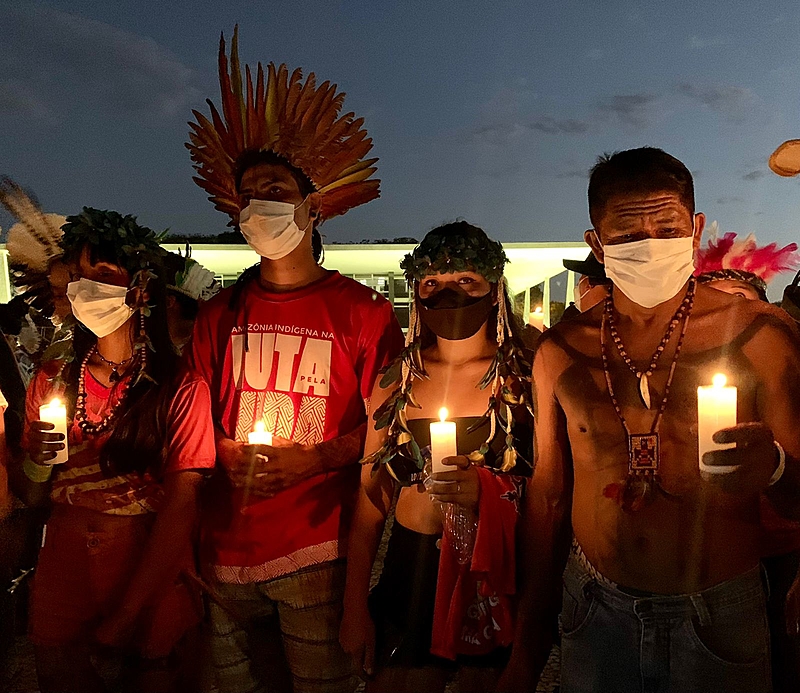 However, there are no big decisions without some big disappointment. The disappointment of the time is on account of the jurist Lênio Streck, a professor at the Jesuit Unisinos University, who lands as a progressive, but who lent (or sold?) his time, prestige and erudition to the anti-indigenous cause.

In an opinion commissioned by lawyers representing the major cotton producers of Mato Grosso, jurist Lênio snubs and abuses legal erudition, largely empty of content, repetitive, full of quotations in English, typical of what we popularly call “filling sausage with air”.

Doctor Streck adheres to the STF’s own judgment on the Raposa Serra do Sol indigenous land, trying to demonstrate that the conditions of that judgment would constitute a precedent that would bind the next processes and that this week’s judgment could not reform that decision. Just sign off.

A careful reading of the opinion notices that the Doctor himself demonstrates that he does not believe very much in his own thesis. Because Lênio knows that the condition that could give shelter to the thesis of the time frame was the object of a “declaratory embargo”, and in this one, not enshrined as “binding”. And he also knows that, even if it were the case, whoever has the authority to do so has the authority to reform, in this case, the Supreme Court.

A fragile thesis propounded by a strong pen. Sad to see Streck lend himself to this.

As a lawyer, Dr. Lênio has the right to defend any thesis he wants and provide services to the client he wants. It’s your profession. Nothing to complain about.

But that your progressive pose comes out scratched, ah, it comes out. Each choice is also a sentence.

And also, whoever goes out in the storm, can face a windstorm.

What I found very strange was Streck’s epistemic flexibility in the approach to his opinion, something so opposed by him in so many of his texts.

It caused me great disappointment and sadness. I don’t think I was the only one. Sadness also to see the name of a Jesuit University, whose Congregation did so much in favor of indigenous peoples in our country, involved in this, since, at the end of the report, the aforementioned jurist presents himself as a professor at this renowned educational institution.

Reaffirming indigenous rights and the Constitution, with hopeful expectation. Yes to the indigenous cause.

**This is an opinion piece. The author’s view does not necessarily express the newspaper’s editorial line Brazil in fact.