Visiting Professor of the Specialization Course in International Relations at Federal University of Rio Grande do Sul (UFRGS), political scientist Diego Pautasso is the author of the book China and Russia in the Post-Cold War. He also teaches geography at Colégio Militar de Porto Alegre.

In this conversation with Brazil de Fact RS, he addresses the profound changes in the world geopolitical chessboard with the rise of China, the rapprochement between the Chinese and the Russians, the consequences of the War on Terror launched by the US, the victory of the Taliban and the role of Brazil weakened by mistaken diplomacy.

Check out the interview:

Brazil in fact RS – This September marks the 20th anniversary of the attack on the World Trade Center and the outbreak of the “War on Terror” promoted by the George W. Bush administration. What would you classify as the biggest transformations experienced by the world since then?

Diego Pautasso – The fall of the Berlin Wall and the collapse of the Soviet camp represented the US victory in the Cold War. During the 1990s, the US tried to sustain a unipolarity under the sign of the imposition of the neoliberal agenda. Financial crises and social polarization, as well as the rise of new power poles, created great difficulties for US hegemony, especially after the escalation of intervention that followed the Global War on Terror.

For many, the US is a crumbling empire. Do you agree with this assessment?

sometimes there is a bit of wishful thinking, that is, a thought more based on beliefs and desires than on objective reality. The end of the empire was already announced with the Vietnam War, with the end of Bretton Woods, with the attacks of September 11 and the Subprime crisis of 2007-8.

:: What is behind the “scarcity” of labor in the United States ::

Looking at it in perspective, in fact US unipolarity in the 1990s was ephemeral, the world is becoming more complex and China’s rise is unstoppable. However, it is enough to look quickly at the situation to see Washington’s capacity to produce ‘change regime’, color revolutions, hybrid wars, etc.

Now, there is no doubt that competition with China is increasingly indigestible. It occurs on all planes, including strategic sectors. And it is evident that the US government is struggling to offer development and leadership alternatives in the face of Chinese global projection.

The perception of this decline – pointed out in the international economic competition with China, for example – became more visible with the tragic scenes at the airport in Kabul and the stampede in Afghanistan. In the chessboard of world geopolitics, which pieces will move with the US withdrawal?

You could say that there is a kind of ‘Afghanistan metaphor’. On the one hand, the country represented a twenty-year cycle of military interventions, guided by the vision of a Global War on Terror, whose results were at best erratic, if not catastrophic. On the other hand, China has sought, even under the new Taliban government, to engage Afghanistan in the New Silk Road, via CECP (China-Pakistan Economic Corridor) and OCX (Shanghai Cooperation Organization), promoting development and stability.

Beijing has used regional development and integration as the decisive mechanisms to guarantee stability and security in its strategic environment. This is evident when one observes the greatest synergy in the ASEAN relationship (Association of Southeast Asian Nations) – China, whose consequences include the creation of the RCEP (Comprehensive Regional Economic Partnership). The US, in turn, cannot provide an answer beyond the security issue, containment, encirclement and an attempt to interdict Chinese initiatives.

The geoeconomic epicenter has already shifted to Central Asia

The rise of a Taliban government in Afghanistan gives the impression that Central Asia will become even more unstable than it ever was. Or will China and Russia manage to pacify the region with diplomacy and investments?

China and Russia have the deepest interests in Afghanistan. For China, the New Silk Road and, above all, Xinjiang (a region where the Uighur ethnic group, of Islamic religion, represents almost half of the province’s population and has conflicts with Beijing) depends on regional stabilization. Russia, whose interests have intertwined with Afghan territory since the Great Game of the 19th century, through the ascendancy of the USSR over Central Asia and support for the Afghan socialist revolution and currently culminating in leadership, together with the Chinese government, under the Shanghai Cooperation Organization.

What new reality in international politics is being defined with the rapprochement between China and Russia?

The Sino-Russian rapprochement dates back to the mid-1990s, when (Yevgeny) Primakov became Russian chancellor. It was deepened with the 2001 agreement and the creation of the OCX. Since then, cooperation has advanced at various levels, from the energy sector to involvement in various diplomatic arrangements, such as BRICS and OCX, among others. Currently, Russia and China are the nucleus of Eurasian integration, as well as the main axis to oppose the hegemon’s (US) policies. Thus, the Sino-US rivalry is, without a doubt, the engine of contemporary international dynamics. 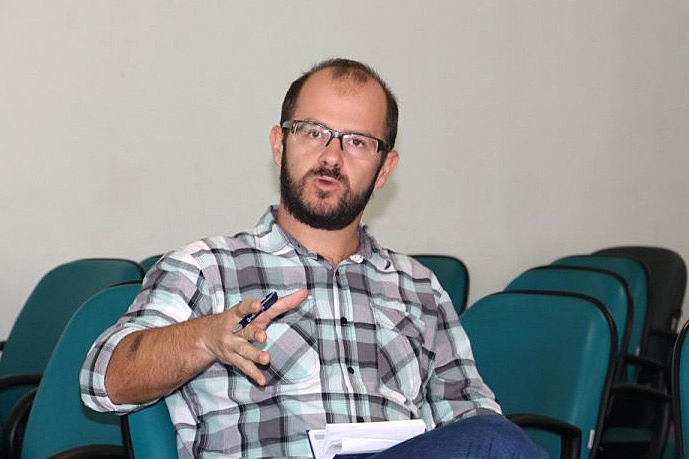 The economist points out that, despite the anti-Chinese rhetoric of the Bolsonaro government, since 2018 China’s participation has only increased as a destination for Brazilian exports / Photo: César Xavier

We have entered the third decade of the 21st century with China surpassing the US in the number of registered patents, accounting for 28% of manufactured products in the world, being the main trading partner of 130 countries and the main engine of the global economy. Will the 21st century be Asian?

There is no doubt that the geoeconomic epicenter has already shifted to East Asia, after five centuries of domination by the North Atlantic. This is measurable through the most variable indicators, from GDP growth to the distribution of the largest ports in the world.

I have been working with the hypothesis of the reaffirmation of a synocentric system as the basis for regional integration and this as a support for China’s global projection. Now boosted by the New Silk Road, a kind of Chinese globalization project, whose investments are transforming the regional reality and taking on global contours.

It is urgent to rethink a national development project

China is Brazil’s great commercial partner, being the main buyer of iron ore, crude oil, meat and cereals. However, contradictorily, the Bolsonaro government maintains constant tension, which has already included diplomatic aggression, with our biggest client in the foreign market. Is Brazil missing the train of history again?

Despite the anti-Chinese rhetoric of eminent figures in the Bolsonaro government, since 2018 China’s participation has only increased as a destination for Brazilian exports, now surpassing a third of the total. Nor were the efforts to align with Trump enough to reverse this trend. On the contrary, the share of the US as a destination for our exports dropped by around 50%. This distribution of Brazilian foreign trade makes the disjunction between the current government’s ideological preferences and the linkage of economic forces increasingly unsustainable. In addition to the government’s declarations not echoing material interests, the pressure from internal groups in defense of their commercial interests increases.

The bottom line, however, is another. It is urgent to rethink a national development project in light of these systemic changes. The moment is one of confusion. Sectors on the right follow an anachronistic neoliberal project (part of it with its head in Miami, although the pocket increasingly depends on Shanghai), already discredited in much of the world and, more recently, buried by the gigantic Biden Plan. Sectors of the left clashed on agendas centered on recognition, completely abandoning the comprehensive vision of the national question. All this in the midst of a gigantic systemic and civilizational change, obstructing the necessary advances for the realization of far-reaching national interests.

Bolsonaro, in this sense, does not only act at odds with global opportunities and challenges. It breaks with State policies and with the diplomatic standard of Itamaraty, whose permanence crossed governments of the most varied shades. The country, in this sense, more than ever needs to find itself again.