According to the United Nations (UN), the world produces enough food to feed 10 billion people. Yet even in the United States, the richest country on the planet, one in three families with children has gone hungry this year.

Even before the pandemic, official statistics from the US Department of Agriculture recorded that 35 million people went hungry in 2019 – 10 million of them were children.

The covid-19 pandemic overloaded the situation, exposing even those who felt “safe” to the possibility of going without food. In a society in which food is not a human right, but a good to be bought, how are people supposed to eat when they cannot work?

The short answer: they don’t eat. Receiving virtually no help from the federal government, workers in the US were laid off by the millions. Overnight, people found themselves wondering where their next meal would come from. Families were forced to choose between buying essential medicines or enough food to feed everyone.

Indeed, in the early summer (circa June in the northern hemisphere) of 2021, 63 million people in the United States told government researchers that they could not afford their usual household expenses, in particular the food and housing duo. , but also student loans [para pagar curso superior] and medicines.

The burden is also shared unevenly. When compared to white adults, black and Latino adults were, respectively, three and over twice as likely to report not having enough food.

It was in this context that the Unity and Survival Program (Unidade e Sobrevivência, in Portuguese) was born in the city of Philadelphia, a representative example of the type of “mutual aid programs” that sprang up across the country during the pandemic.

The Unity and Survival program has a clear task: to identify Philadelphians struggling to get food, deliver it to them, and build a larger community network to mobilize in defense of the right to life.

A distribution network in particular was a crucial element for the program, as Hilda, one of the volunteers, points out:

“There was a high level of mistrust and uncertainty, and reluctance on the part of many residents not only in this neighborhood, but I’m sure that across the city and across the country, they would end up exposing themselves to the virus.

With so many elderly people and children with chronic health conditions in this area, we felt that we needed to organize not only the supplies, but also the network for their distribution.”

Initially, program organizers looked for food donations and created a campaign in the GoFundMe [plataforma de arrecadação de fundos online] to pay for these groceries.

O GoFundMe it has become a popular way for people to pay for basic needs like food and medical costs during the pandemic, as government support is insufficient. Unity and Survival provided critical assistance to families in precarious situations during the beginning of this period, which attracted nationwide attention and support to the program. 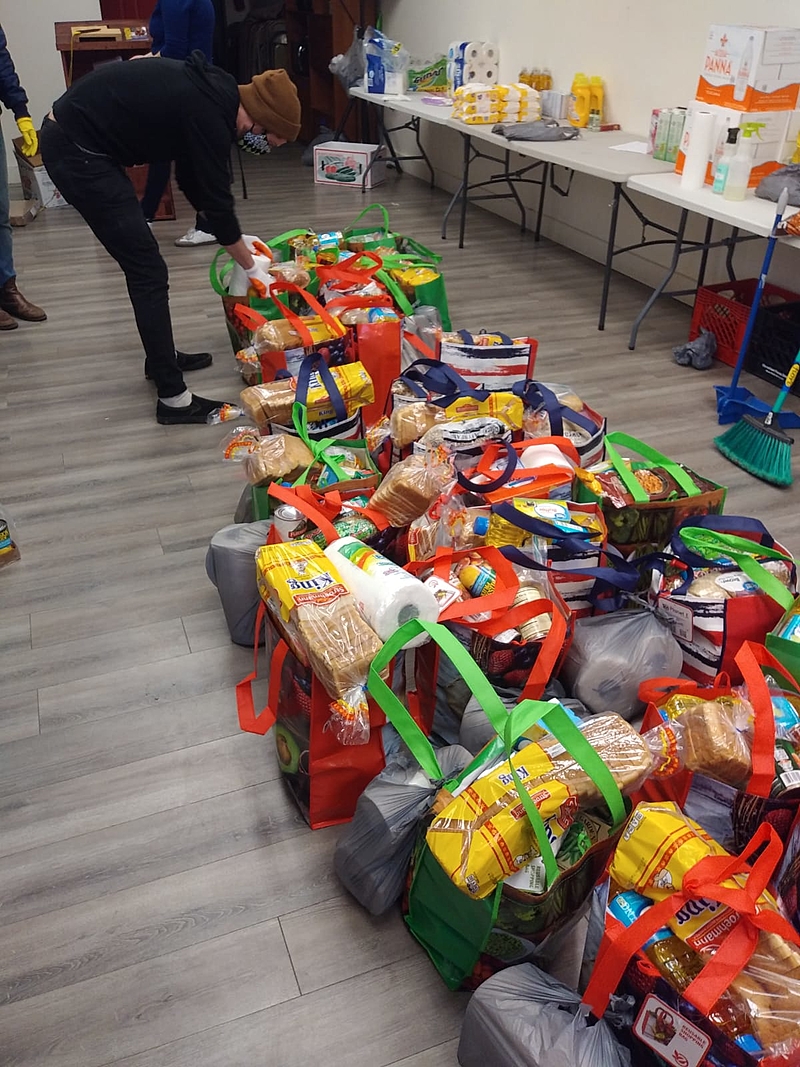 Within months, the program attracted the attention of non-profit groups in the city, who began donating food boxes, significantly increasing the amount of food delivered.

Unity and Survival has also expanded its reach by attracting community members to its delivery teams.

Organizers identified community leaders and those who could collect food boxes who were interested in supporting the program; they were named “block captains” and were responsible for ensuring that boxes of supplies were delivered to their own neighborhoods, thereby multiplying the program’s reach.

A prominent factor in the block captains network is the importance of a familiar and trusting face that helps to overcome the shame that arises when seeking assistance in a society with a ethos extremely individualistic, society in which everyone must “walk on their own legs”. As Boogie, one of the block captains, noted:

“My biggest goal when I deliver the food is for people to have the resource they need without feeling judged for it, without having any kind of barrier.”

The Liberation Center was also able to mobilize support from community organizations they had worked with in the past in a variety of social struggles. For example, they joined the Norris Square Community Action Network, active network in antigentrification struggles.

They were also able to dialogue with religious communities, joining a church, La Vid Verdadera, where members of the Liberation Center were already working mentoring Central American immigrants as part of a joint community education program, Escuelita Óscar Romero .

The Philly Liberation Center estimates it has distributed 100,000 meals to date, a number that continues to grow each week. At its peak, the program served 1,000 families weekly. They currently serve 750 families, underscoring the persistence of hunger, even with a slight improvement in the pandemic in the United States.

As another program organizer reports:

“We are reaching a point now where we can get a steady flow of food and supplies, which is fantastic as just five months ago we had very limited means at our disposal. Now, it is possible to think about the even greater growth of this program.”

Members of the Philadelphia Liberation Center were proud of the apparatus they had developed, but they all said the same thing about its weaknesses: it’s not big enough to meet the size of the demand. While the program has managed to feed tens of thousands of people in Philadelphia, there are tens of millions of hungry people in the United States. 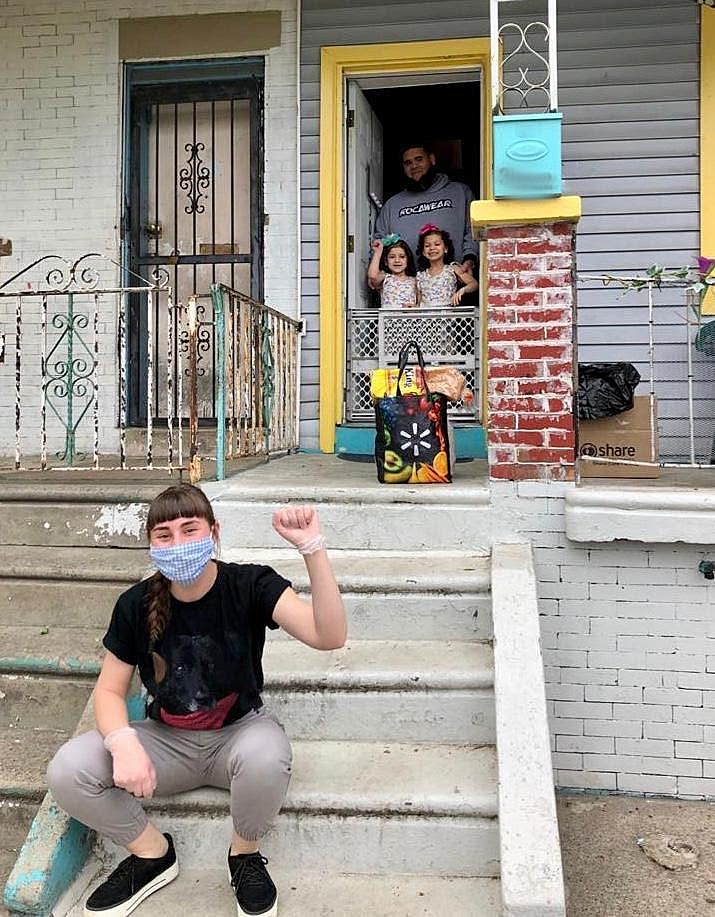 Program members extol the work, but admit that a much larger structure would be needed to deal with hunger in the US during the pandemic / William Whiteman / Breakthrough News

Unity and Survival gives us a glimpse of what is possible, but it would have to be scaled up to a level that only federal authorities can achieve in order to then significantly reduce poverty. The program demonstrated that Philadelphia residents are ready and willing to work for food sovereignty in their cities; what is lacking is political will.

That is why the program constantly challenges, whether in its pronouncements or in communities, the notion that food can be bought and sold for profit, stressing that this is the primary reason for the existence of hunger.

:: Soybean and corn monocultures advance in RS along with hunger: “If it’s left over, we’ll eat it” ::

One thing became clear during the height of the pandemic last year, when videos of farmers spilling unsold milk and crushing it with unmarketed vegetable tractors went viral. From the perspective of a profit-centered system, the seeds were not worth it because they couldn’t be sold.

Reflecting on these realities, Hope, another volunteer on the program, told BreakThrough:

“You know, that’s why we are socialists. We believe that only the working class can take care of itself; the bourgeoisie, they will not suddenly become kind and decide to be charitable when, in fact, they become charitable only in the name of their own preservation.”

An end to hunger, as the Unity and Survival program emphasizes, may only be possible by adopting a socioeconomic system that envisages maximizing human well-being, not the profit of a few.