The arrival of covid-19, in 2020, aggravated cases related to hunger not only in Campina Grande, but all over the world. In addition, rising food prices in Brazil have made it difficult to keep the daily meal on the table.

The Regional Information Center for Western Europe (CRIEO) stated that eradicating hunger by 2030 will be a difficult task to achieve. With the Covid-19 pandemic, the situation has worsened, putting 130 million people at risk of hunger in the last quarter of 2020.

According to a survey by the PENSSAN Network, in the Northeast, more than 7 million people live with hunger, another almost 9.5 million experience moderate food insecurity and almost 23 million were classified as having a mild degree of food insecurity.

In contrast to this alarming scenario, the population organizes itself to carry out active solidarity in Campina Grande.

They are diverse groups of volunteers who are in solidarity with the well-being of others, whether they are linked to the Church or militants of popular movements. An example of this is the action of the Parish of São João Paulo II and Our Lady of Fátima Gustavo, assistant to the parish priest at São João Paulo II Parish, located in the Aluízio Campos neighborhood, said that currently 850 families are registered in the project carried out by the church. “More than 6,000 basic food baskets have been distributed since the beginning of the pandemic until now, not counting the hygiene materials, blankets and clothes distributed,” he declared.

The City Hall of Campina Grande, through the Municipal Development Agency (AMDE), launched the Emergency Aid Program – SuperAção, in the amount of R$ 400 reais, in April 2021. There were 2,596 people approved to receive the benefit, however , 2,624 people had their registrations refused. The initial objective of the program was to cover 4,000 families in the municipality.

Reactivation of the Jeremias Community Kitchen

Community Kitchen was reactivated by the MST and the Popular Union Committee, in the Jeremias neighborhood, in CG / MST 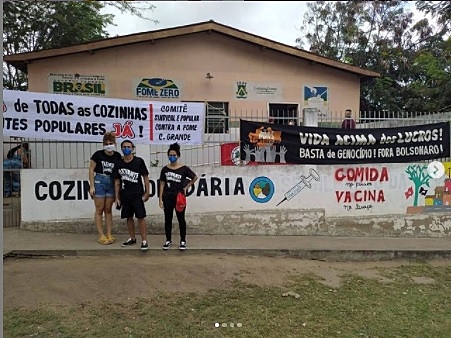 Community Kitchen in the Jeremias neighborhood, in Campina Grande / Levante

The community kitchen in the neighborhood of Jeremias, and eight other kitchens, linked to the City Hall of Campina Grande, were closed since the beginning of the administration of the former mayor of the city, Romero Rodrigues (PSDB), that is, for more than 8 years.

With the arrival of the pandemic and already as a result of the fight against hunger, representatives of the Landless Workers and Rural Workers Movement (MST), together with neighborhood residents, other entities supporting social assistance and the Popular Trade Union Committee. united to occupy the kitchen and bring food to the population of Jeremias and the neighboring district, Araxá. 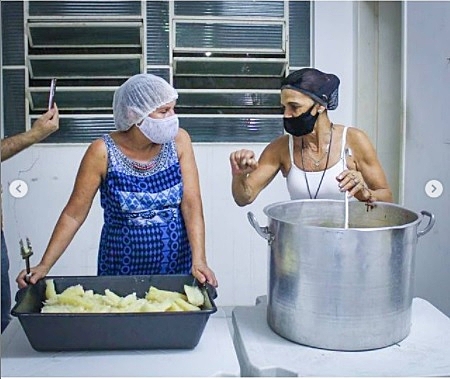 Women are the center of the kitchen at Jeremias / Levante 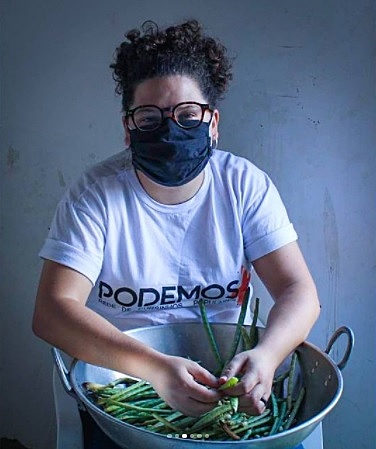 The fight came after the covid-19 pandemic. “We had the need to create popular health agents to guide the population in health care and self-preservation. Also in the cleaning of spaces and objects and in encouraging the use of alcohol and masks,” explained Alan Kilson, an MST activist in Paraíba.

To start up the kitchen, a survey was carried out on the unemployed in the region, people in difficulty in having food on the table.

The community kitchen at Jeremias is open from Monday to Friday, at night, serving the community. There are 800 meals delivered every day. On August 19th, the equipment was in operation for four months. 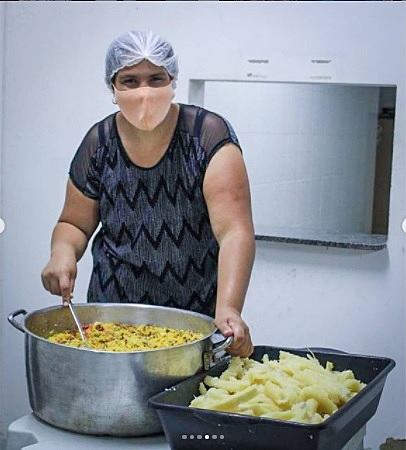 In the community kitchen of Jeremiah, in CG / Levante 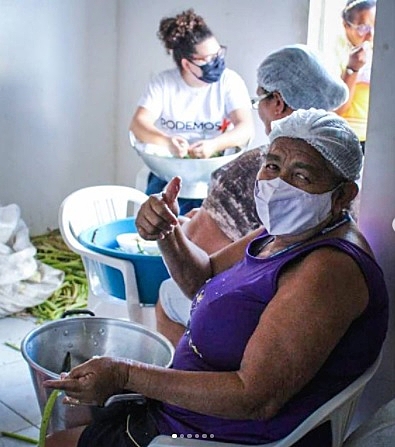 During food preparation, in the community kitchen of Jeremiah in CG / Levante

“With the worsening of the pandemic and the social problems of the suburbs in Campina Grande, where people were unemployed and unable to feed themselves, without access to basic food, the intention of wanting to help emerged, so we asked for support from those who could contribute . And anyone interested in getting to know the project can go to the site to see how it works. Any food aid is also very welcome,” said Alan.

The residents themselves came together and help with the preparation and delivery of food on site. The products cultivated in the MST settlements are supplied to Jeremias’ kitchen, as well as donations from other entities, from the Popular Union Committee, involved in the action.

*Milena Venancio de Oliveira is an intern and during this article she was under the supervision of the editor of Brasil de Fato PB.