This Saturday (18th), the Escola Nacional Paulo Freire held a series of activities with parents, students and teachers at the Drº Álvaro de Souza Lima School, in the Jardim São Savério neighborhood, in the southeast of the city of São Paulo. The events are part of the centenary celebrations of the philosopher and educator, who would turn 100 years old tomorrow (19).

Stencil and mural workshops, health care, legal advice, donation of books and seeds and construction of a community garden were some of the activities carried out. The event was attended by Popular Agents from the community and volunteers.

“This action says a lot, in practice, about Freire’s values ​​and what Paulo Freire planted during his life as a militant, as a popular educator and as a humanist. The action we are doing today exemplifies the ‘doing together’ that Freire taught us. in doing together, we practice Freire’s values”, emphasizes Júlia Aguiar, vice-president of the National Union of Students and militant of the Popular Youth Movement, a popular movement that builds the Paulo Freire National School.

The activities also served to present and popularize the thought of the philosopher from Pernambuco. Graffiti on the walls of the school, distribution of zines and declamation of string about the educator were carried out.

“I’m really enjoying it. I confess that I had never heard of Paulo Freire and it caught my attention. I have heard a lot about these expressions of cordel and they called me a lot of attention so that I can look for more information, more literature and encourage my children”, highlights student Renata Nobre, mother of Miguel, 7, a student at the school where it was held. the programation. 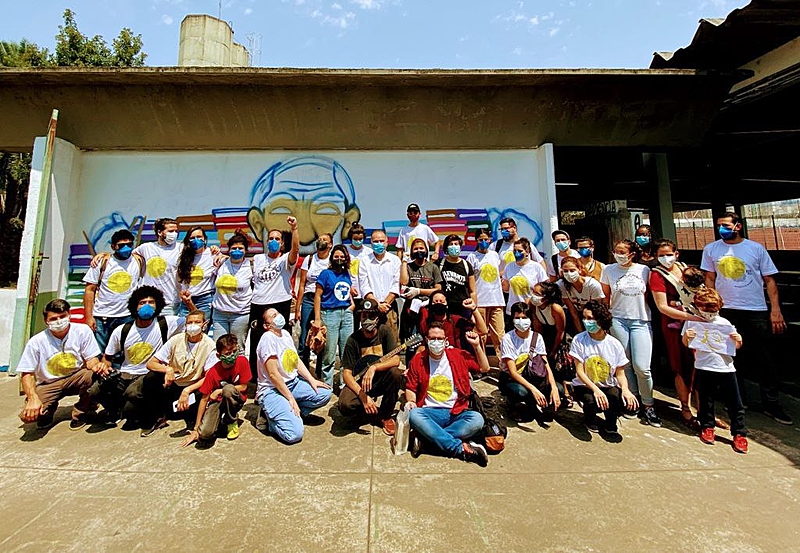 “The objective of this process is to carry out actions that embody the memory of Paulo Freire’s life and legacy”, says David Martins, from Escola Nacional Paulo Freire / Vinícius Braga

Programming continues throughout the month of September

With the motto “Paulo Freire 100 years: a project of hope”, the Escola Nacional Paulo Freire has been carrying out since May several training and popular organization activities to celebrate the memory and legacy of the educator. By the end of the month, lambe collage actions will also be carried out on the outskirts of São Paulo, a joint effort to build the National School library and the last stage of the “Paulo Freire Debate Cycle”, which will be held virtually on Wednesday ( 22), at 7 pm, on the Levante Popular da Juventude Youtube channel. The full schedule can be accessed here

* With information from the Paulo Freire School press office.