Forwarding the closure of its activities in Gravataí, after four decades, Pirelli informed, this Monday (26), some employees that they were being fired, while others will be transferred to the plant in Campinas. Many of them with stability, due to chronic health problems developed in the tire industry.

For a month, the report of the Gravesend Tour heard statements from workers and had access to court documents, medical and ergonomic reports on the situation of professionals who suffered health problems due to work, in addition to monitoring judgments in the Labor Court. At the employees’ request, their identities have been preserved and we use fictitious names to tell their cases.

Worker with chronic illness has been reported to be fired / Reproduction

Pedro is among those who received a document stating that his contract will be terminated on July 30, but he disputes the company’s right to fire him. It happens that the worker faces a chronic disease as a result of a repetitive strain injury. The problem made him undergo surgery, spend time away and, when reinstated, needed to change roles. All this, before 2018.

The date is important in this case, because until 2018, Pirelli workers who suffered work accidents or developed health problems due to their work activity would have stability. The clause was changed that year, in an agreement between the company and the union. “But according to the Constitution, I have vested rights,” he argues.

Due to the injury, the worker still suffers from pain that, in more acute moments, obliges him to take medicine, in addition to having reduced mobility.

One of those transferred to Campinas is a worker heard by the Giro de Gravataí report, who will be addressed by the fictitious name of Bruno. “This is Pirelli’s little surprise for rehabilitated employees, who they cannot fire. If we don’t accept, it’s fire. They never made a proposal, they called for a deal. They just dropped a letter, a bomb,” he complained. “For a person considered to be disabled, it is not so easy to move from one state to another, they always need help”, he commented.

Bruno also remembers that the change implies difficulties for the whole family. “My wife works here, is responsible for parents who are elderly and have health problems. My daughter studies here,” he explained.

Bruno always worked at the company, which was his first job. One day, he was doing maintenance on a machine when he fell with a heavy part on his body. The work accident made him need medication and undergo surgery.

“When I came back, I couldn’t push myself, I still can’t do much,” he said. Upon returning, months after the operation, Bruno discovered a hernia and had to be away from work for another two months. Shortly thereafter, he was fired. The worker filed a lawsuit in court and, the following year, was reinstated, with the guarantee of a new function and stability until retirement.

Worker had 47% of his body burned

Among the cases of chronic illnesses and accidents at work at Pirelli, one of the most serious had already been in the news at the Giro de Gravataí in March of this year. At that time, we reported that the Superior Labor Court (TST) had upheld the TRT’s decision that determined the change of function of a production assistant, denying Pirelli’s appeal. The employee asked to be transferred from the sector after having suffered an accident, in which 47% of his body was burned.

According to information supplied by the TST’s Social Communication Secretariat, the worker was working on finishing tires, with a kind of grinding wheel that works at 400 degrees Celsius, when he had an accident. He suffered burns on the head, back and arms, which forced him to spend almost a month in an ICU. Of this period, two weeks were in an induced coma. The worker still underwent resuscitation and had to undergo hemodialysis, among other procedures.

When he was able to return to work, the assistant applied for an injunction, seeking recognition of the accidental stability and also an immediate change of function, since, according to him, the sequelae of the burns resulted in a functional limitation and exposure to extreme temperatures and chemicals could harm your recovery.

At that time, the emergency relief was not granted by the 3rd Labor Court of Gravataí, which prompted him to file a writ of mandamus, which was partially granted. The TRT agreed with the change of function, but rejected the recognition of stability and the guarantee of employment until retirement, which would be discussed in the labor claim. Both the multinational and the employee resorted to the TST.

Rapporteur of the ordinary appeal, Minister Renato de Lacerda Paiva understood that the TRT was right when it granted the change of function since, in his opinion, there is pre-constituted evidence regarding the work accident and that the assistant would not be able to, at least at that time , carry out the above activities. “Once the offense to a net and certain right is evidenced and the fulfillment of the legal requirements necessary for the partial granting of the intended guardianship demonstrated, the decision must be maintained”, he stated.

The collegiate accompanied the rapporteur and also understood that the guarantee of employment until retirement should be decided in the judgment on the merits of the action. 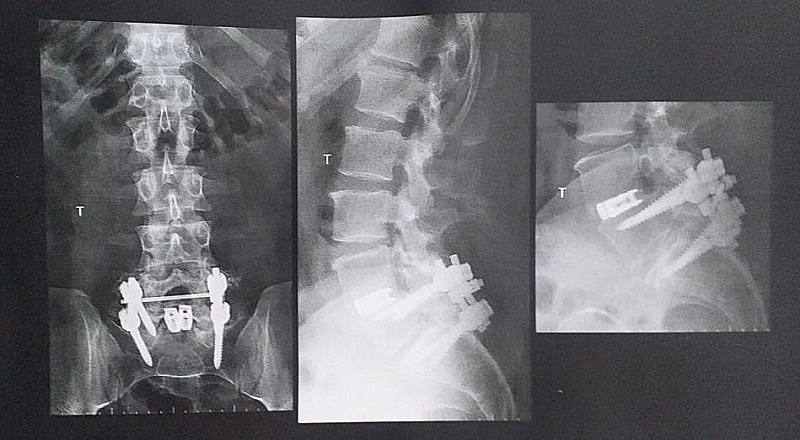 “This company is leaving a very expensive account for our state. Closing the factory is not fulfilling the property’s social function, leaving this multitude of people injured”, analyzed judge Marcelo José Ferlin D’Ambroso, from the Regional Labor Court of the 4th Region.

The judge’s assessment of the company took place during the judgment of a worker’s action against the multinational, on July 14th. The suit was not about a health issue, but D’Ambroso highlighted the large number of cases of company employees with work-related injuries that are tried. “All the sessions of the SDI (Individual Bargaining Section), we judge, from 30 to 50% of the agenda are Pirelli shares”, he revealed.

And he was not alone, right after his speech, the judge Brígida Joaquina Charão Barcelos was also emphatic. “It is regrettable what is happening in this Pirelli manufacturing field. A multinational that is well-known around the world, which used the workers’ labor for many years, now closes and leaves 800 employees without jobs. Sadly many sick employees. It really is a factory of diseases, we have invariably judged a process with people with injuries”, declared the judge in her vote.

The magistrate also considered the company’s information on the extension of the workers’ health plan for six months. “People are extremely sequelae, there are people who have seven pins in their spine, shoulder problems, they have already undergone seven surgeries,” he said.

In an interview with Giro de Gravataí, the president of the Brazilian Bar Association in the municipality, Deivti Dimitrios Porto dos Santos, revealed that he has more than 200 cases against Pirelli. “There are hundreds of people with occupational diseases”, he defines.

The lawyer reminds that in addition to the individual damage of each worker, the social problem left is very big. “The company could not leave, as it is leaving, the sick city. Because relocating 900 workers at a time of pandemic, knowing that the companies know that the guy worked 15 years at Pirelli, is very difficult”, he analyzes, “the point is society needs to know and these people have to have the support that a problem remained. Gravataí has ​​a social problem, with many sick parents due to a company that was exploiting labor for 40 years, they even produced 32,000 tires per day”, he completes.

He also assesses that after a few years at the company, it is very likely that the worker will develop a disease, whether in the shoulder, knee or spine.

As for the company’s earnings, mentioned by Deivti, our report had access to a document in which Pirelli’s lawyers asked the Court to release the company’s equipment to be sent to Campinas, instead of leaving it to carry out inspections. In the text, representatives of the multinational describe the productive capacity of some models used in the factory.

“It is noted that, like this manufacturing machine, there were more than 70 machines in the manufacturing sector, among the CM2 models, B15 A60 etc.”, stressed Deivit.

The workers interviewed by the Giro de Gravataí reported that they are not concerned with ergonomics, that is, with adapting the work environment in a way that seeks quality of life for the professional. “There was a colleague who operated on the spine, and when he came back, they put him in an old chair, all welded on. What happened? The obvious one, it fell twice,” said one worker.

In one of the ergonomic reports we had access to, the expert assessed the activities carried out by a trafficker. In his analysis, the specialist identified the risks to workers. “There is concrete evidence of an ergonomic occupational risk for the Right Shoulder region, mainly in the Supraspinatus (Abductor and External Shoulder Rotator) and Subscapular (Internal Shoulder Rotator) muscles,” he declared. In the same document, the doctor also attested risk for the cervical spine and the lumbar spine, due to the alternating overloads.

Another report obtained by our report analyzed the ergonomic conditions in the work of an operator, who handled weights of up to 30 kg, during most of his time at the company. “There is concrete evidence of ergonomic occupational risk for the Lumbar Spine region (Dynamic Muscle/Joint Overload) accompanied by (Inappropriate Biomechanical Movements “flexions associated with trunk rotations causing shear forces inside the discs”) and (Manual Load Movement) and ) with weights of up to 30kg practiced for more than 90% of the working day without having received adequate training as determined by the Ministry of Labor and Employment

Company did not want to manifest

Just last week, when our report learned about the various cases of people injured at Pirelli, we got in touch with the company’s press office, who said they would not comment. Today, with the layoffs and transfers to Campinas, we made a new contact and received the same response.