The main agribusiness fair in Brazil, Expointer, which ends this Sunday, promotes the exhibition of industrialized agricultural products and animals. The event became a space for articulation between representative entities, government and parliamentarians.

Since 1999, Expointer has reserved a space dedicated to the Family Farming Fair, where agribusinesses, cooperatives and small producers can market and present their products. In the year of its inauguration, the Pavilion of Family Agriculture had the participation of 30 exhibitors.

For Douglas Cenci, general coordinator of the Federation of Workers in Family Farming of Rio Grande do Sul (FetrafreRS), this “is an opportunity for family farming to show its diversity, its products, prepared by farming families, with great care and affection” .

“Furthermore, there is the fact that it is a space for competition with agribusiness. The Family Farming Pavilion is the most visited within Expointer. I am sure that this is the space where people feel most comfortable and are happy, they can buy our products and always end up thanking and congratulating the workers for their participation and dedication,” he explains.

In 2001, at the 24th edition of Expointer, the Family Agriculture Fair had 56 stalls and 150 exhibitors, selling a total of R$ 80 thousand. Just three years later, in 2004, this amount sold jumped to more than R$ 250 thousand. In the last in-person edition, in 2019, the sale of products in the sector surpassed the mark of R$ 4.5 million and the Pavilion of Family Agriculture received more than 400 thousand visitors.

“Being here is also a way of showing our importance for RS, for Brazil and for the world. Since we are the ones who employ the most in the state’s agriculture, we are responsible for 27% of the GDP, in a process that values ​​the work of the farmers and preserves the environment and our culture,” adds Cenci.

The coordinator says that this year, the edition symbolizes a return to business for smaller farmers, those who most depend on direct marketing, unlike the large agribusiness that is commonly assisted by the financial system and the federal government.

Check out some excerpts from the interview:

Brasil de Fato RS – What is the importance of family farming being present at the biggest event of the state’s big agribusiness?

Douglas Cenci – First, it is an opportunity for family farming to show its diversity, its products, made by farming families, with great care and affection, involving labor from production, as is the case with cheese, for example, which involves having the cows , milking, milking, carrying out the entire industrialization process.

So, in addition to showing the final product, we also show our reality and the culture that is placed in the product, valuing the fruit of the work of family farmers.

In addition, there is the fact that it is a space for dispute with agribusiness. The Family Agriculture Pavilion is the most visited within Expointer. I’m sure this is the space where people feel most comfortable and are happy, they can buy our products and always end up thanking and congratulating the workers for their participation and dedication.

Being here is also a way to show our importance for RS, for Brazil and for the world. Since we are the ones who employ the most in agriculture in the state, we are responsible for 27% of the GDP, in a process that values ​​the work of farmers and preserves the environment and our culture.

BdFRS – In addition to being a business fair, Expointer is also a space for articulation between entities. Is the agenda of family farming and small farmers similar to that of agribusiness? Is there a list of demands for the current moment?

Douglas – Expointer is an important space for dialogue for us, in addition to agribusinesses and producers, but also for the entities that participate in the organization of the Pavilion of Family Agriculture.

While we organize agribusinesses, we also take advantage of the moment when attention is focused on this space to guide our demands, based on our reality.

It is not by producing soy that we are going to feed Brazil and the world. We need this recognition from the government that takes place through public policies

So it was in the audience that we had between the rural social movements, the State Government and also a group of deputies. We discussed the implementation of emergency credit for family farming in the state.

We were there doing this dialogue, it is an important moment in this regard, we are counting on the possibility of delivering it to the Minister of Agriculture [Teresa Cristina] an agenda related to the theme of the National Program for Strengthening Agriculture (Pronaf), which has limited resources in this edition, with several lines of credit that no longer have resources for our reality.

We are clear that the state is important for the family farmer: we, even with little land, produce a lot. But we don’t have the same conditions as the big producers have, so we need support. Mainly to produce food, as it is not by producing soy that we are going to feed Brazil and the world. We need this recognition from the government through public policies. 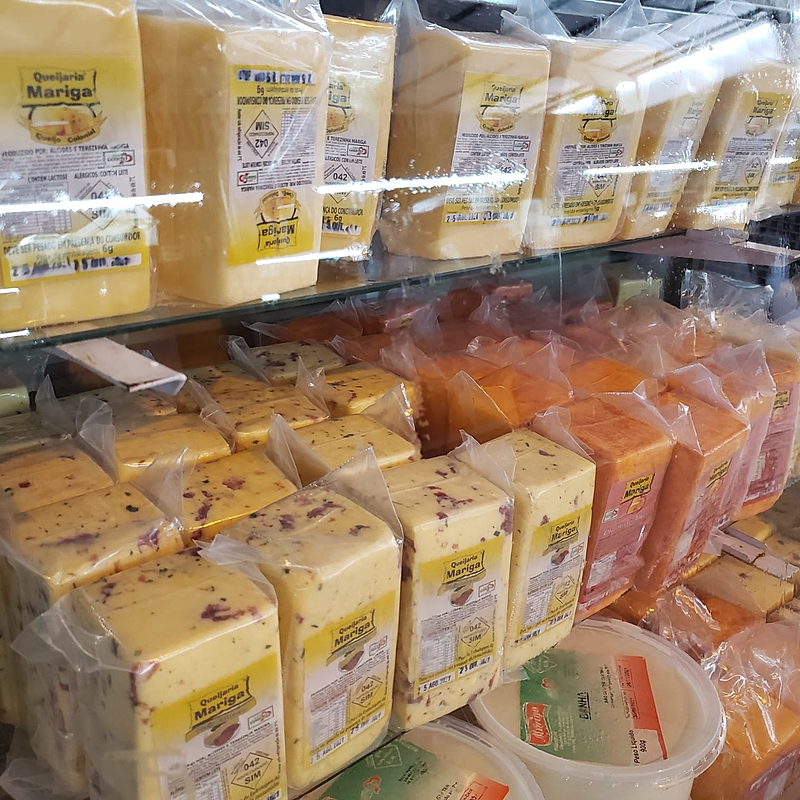 The exhibition of products at the Family Agriculture Fair represents an important way of marketing the products of farmers in RS / Disclosure: Fetraf RS

BdFRS – After more than a week of the fair, is it possible to take stock of Fetraf’s presence?

Douglas – Our participation at Expointer was very important, as we were able to establish these dialogues and welcome our farmers here. Without a doubt, it is very gratifying to accompany the people who are exhibiting their products and putting themselves in front of people who often do not know our reality, representing agriculture in our state.

BdFRS – After more than a year of pandemic, added to a year that was bad due to the drought, how is the family farmer in this context?

Douglas – The farmer in the last period has encountered a period of difficulties. [Por exemplo] the theme of the drought in the last two harvests and the pandemic that took away the opportunity for many farmers to market their products, whether at fairs, door to door or even welcoming consumers.

We do not see any effort by the State or Federal Government to help these farmers. Thousands of farmers have given up on a set of important activities, such as the milk chain. Emater, for example, presented the result of a socioeconomic study of the milk chain, which demonstrates that half of the milk producers in RS gave up the activity in the last 5 years.

Many farmers gave up due to the lack of incentives from the government, went to the cities, to compete for jobs with urban workers

Many of these gave up to go to the cities, compete for jobs with urban workers, or start planting soybeans, which have been more profitable, due to issues in the international market. Many gave up due to the lack of encouragement from the government, which turns its back on us.

We are living in a time of high prices for the inputs that are needed to produce, this has taken our sleep away. We are at a fair where there is an important group of agro-industries who are happy to participate, but at the same time we have a sad reality where many farmers, who were here in the past [na Expointer], have not returned, as they are no longer producing.

The situation is quite complicated, we fear that it could get worse if the government does not take any measures in this regard. 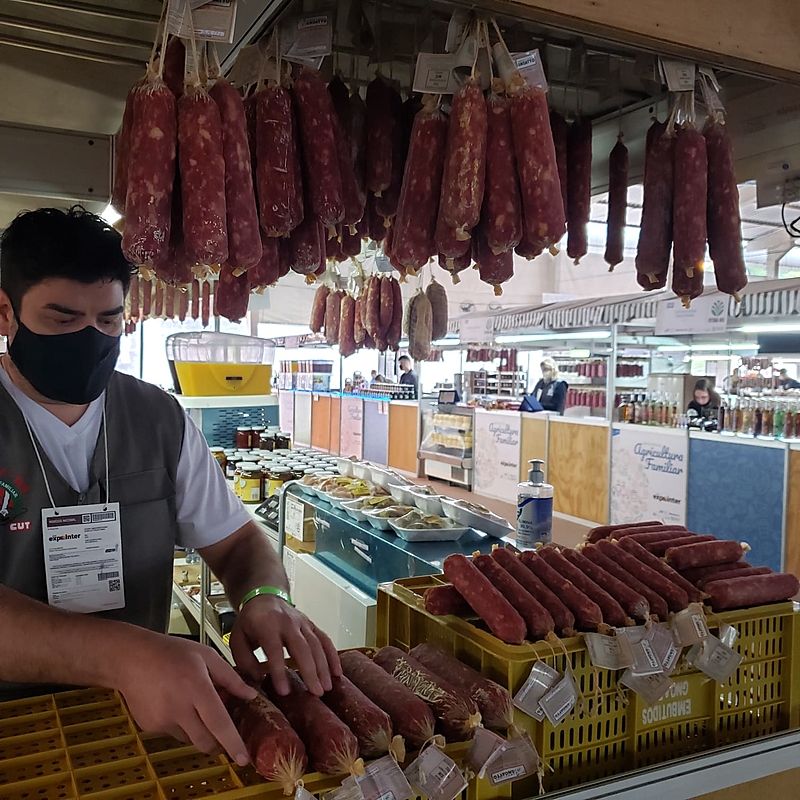