When the Fundão dam broke on November 5, 2015, the tailings invaded the Gualaxo do Norte River, overflowed and flooded the district of Paracatu, 40 km from Mariana, destroying homes, crops and pastures and leaving the soil and water contaminated by heavy metal.

Six years later, rural producers in the municipality of Mariana, affected by the collapse of the Fundão dam, belonging to Samarco (Vale and BHP), denounced that they are not receiving adequate food for raising. This has led to the illness and death of animals, financial losses and the destruction of one of the main economic activities in the region, livestock. There are also families who have lost income but do not receive emergency financial assistance.

In an interview with Brazil in fact, the resident of Paracatu de Cima, producer Marino D’Ângelo says that, before the crime, he used to produce almost 1,000 liters of milk per day and reach, with the sales of milk and dairy products, a gross income of R$ 20 thousand per month. “Where I lived, we had a vegetable garden, orchard, fruit, 40 wells, three direct employees. I had pork, chicken, whenever we wanted”, he adds.

The mud totally or partially destroyed the producer’s four properties and the surroundings of his house. Later, due to the risk of a new dam failure in the Germano complex, Marino was asked by the mining company, the Civil Defense and local authorities to leave the place where he lived and live in a house rented by the mining company.

“We came with the expectation of staying four, five months, and we have been there for six years. I had to dispose of my possessions to honor commitments. Income started to plummet, spending started to get high. I had very good cattle, I did artificial insemination, and I started to fall apart. My production was decreasing because I didn’t have any other cattle to replace and the business became a snowball. I had a loan from Banco do Brasil. In 2017, I defaulted”, he recalls, moved.

:: Residents of Serro (MG) launch campaign to change the composition of the Environment Council ::

In 2016, as a mitigation measure, the Public Ministry of Minas Gerais and the company agreed to pay emergency financial aid to families who lost income, at a minimum wage plus 20% per minor dependent, in addition to the value of a basic food basket. Currently, the administration of the resource and the payment of this right is under the responsibility of Renova, a foundation created in 2016, linked to the mining companies.

Despite the damage suffered, Marino and other residents were only able to receive it after they went to court. “Even so, to this day, there are families that still do not receive the aid”, emphasizes Gladston Figueiredo, coordinator of Cáritas-MG, an entity that provides independent technical assistance to those affected in Mariana.

:: Article | Crime of Vale in Mariana: a lot of advertising, but no house ::

Another mitigation measure agreed upon is the guarantee of feeding the animals, since, with the contamination of the soil by Samarco’s tailings, the demand for hay and silage for the cattle has grown. However, those affected point out that they have received expired, moldy, rotten material, in insufficient quantities, sometimes irregularly. There are also complaints about the planting of grass in land where there has been mud contamination. 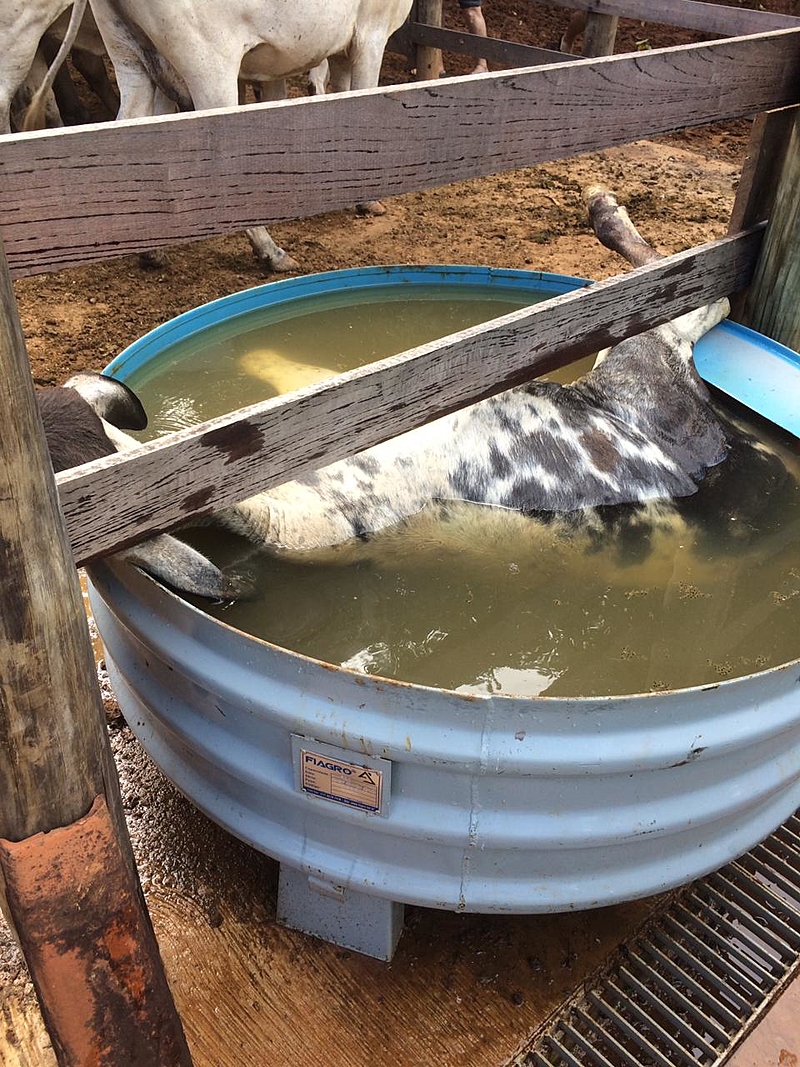 “We lost one cow due to malnutrition, we had to buy vitamins for another five, some we had to give whey with calcium. My father is having to buy more salt and feed. Renova claims that our activities are re-established, but I have photos of where the mud has gone, it doesn’t let the vegetation out. The terrain is very hard”, says Rose de Jesus. She, her parents and two brothers depend on cheese production and have seen production plummet.

:: Renegotiation for crime in the Rio Doce Basin has the obligation to prioritize the voice of those affected ::

Marino D’Ângelo also points out that, by consuming silage, which is not a suitable product for equine cattle, a mare had an alteration in the gastrointestinal tract and vascular and joint problems. The use of silage would be suitable for cattle.

To make matters worse, at the beginning of the year, Renova announced that, instead of hay and silage, it would provide a resource with which those affected themselves should purchase food for raising. It is very difficult for us, who live in rural areas, to move in search of animal feed, there are few places that sell. We have to spend on transportation”, explains Rose de Jesus, adding that the family was not given the option of refusing the change.

:: Receive news from Minas Gerais on your Whatsapp. Click here ::

Gladston Figueiredo, from Cáritas MG, explains that in the repair process, it is Renova’s obligation to guarantee animal feed. “When it does not provide food, but money, it is outsourcing this obligation in the worst way, for the affected person, it transfers the burden of all the logistics. Renova is in a much better position to buy in large quantities than each affected person looking for it”, he criticizes.

Inadequate space and animals under the foundation’s guardianship

Affected people also complain that the properties where they are temporarily residing do not have adequate structure and space for the animals. Pastures are small and, in many cases, unsafe for breeding. In a video, an injured person shows a corral with very wide spacing between the rulers, causing accidents with the cows.

In addition, animals collected at the Temporary Animal Reception Center 2 (CATA 2), some of which are generated from artificial insemination processes and with specific treatment, are mixed with other animals of different breeds, harming producers’ investment. Moreover, the reproduction of many of these animals is not guaranteed, which would be a source of income for the owners.

A gentleman spent time genetically improving a pig. With the improvements, he has a good breeder. However, the animal is owned by Renova and is not reproducing, at the risk of passing the reproductive age and losing the gene that has been improved over decades by his family”, denounces Gladston.

Through its press office, Renova states that, as of July 31, 2021, of the total of 1,364 families registered by Cáritas, 1,257 started negotiations in the Mediated Indemnity Program and 1,108 were concluded with acceptances, refusals or denials due to ineligibility and 1,300 people would have received emergency financial assistance that month.

Regarding the restoration of the degraded area, Renova claims that it allocated R$ 356 million to repair around 550 hectares of forests and permanent preservation areas in Mariana, Barra Longa, Rio Doce, Santa Cruz do Escalvado and Ponte Nova.

Regarding the replacement of food by financial resources, the change, according to Renova, would aim to “improve actions related to the animal’s well-being and meet the demands presented by the affected families themselves, so that they have greater autonomy in the management and treatment of their animals”. The change has taken place since December 2020 and, according to the Foundation, refers to part of the families that make up the resettlements, as well as to the properties eligible for the Socioeconomic and Environmental Adequacy Plan. Renova claims that the families could choose to receive the money or silage.

Regarding the food provided and the management of the animals, Renova states: “the amount of animal food provided to each family is evaluated by specialized professionals and the management of this food is the responsibility of each family, not being supervised by the Foundation. In addition, the animals are also assisted by the Animal Assistance Program, receiving care from veterinarians as needed by the families. Animals acquired after the breakage occurred are not covered by the Renova Foundation Program”.