* With the collaboration of Murilo Pajolla

On September 7, Independence Day, the act against the government of Jair Bolsonaro (no party) in Vale do Anhangabaú, in São Paulo (SP), brought together 50 thousand people, according to estimates by the organizers.

The capital of São Paulo was one of about 200 cities in Brazil and abroad that had protests united with the historic Cry of Excluded and Excluded against the federal government and for democracy.

::”Outside, Bolsonaro” and Grito dos Excluídos mobilize 200 cities against hunger and for democracy::

O Brazil in fact circulated through Anhangabaú and heard protesters with different profiles. Whether due to hunger, lack of decent housing or fear of an anti-democratic offensive, they all carried the slogan “Out, Bolsonaro“.

“Every year it gets worse. You need to protect the tree spirits” / Thais Halinski

Maria Arapoty is one of the 60 residents of the village of Jaraguá, of the Guarani people, located in the west side of São Paulo.

“We think that this Bolsonaro government needs to let us live in peace in our territory. We are being attacked. It needs to protect nature,” he said, when justifying his presence at the act,

Feeling firsthand the effects of Bolsonaro’s anti-indigenous policy, she traveled 25 kilometers to participate in the protest.

“We want the demarcation of our territory. The forests and the Atlantic forest need to be protected. Nature only exists where there are indigenous people,” he defended. 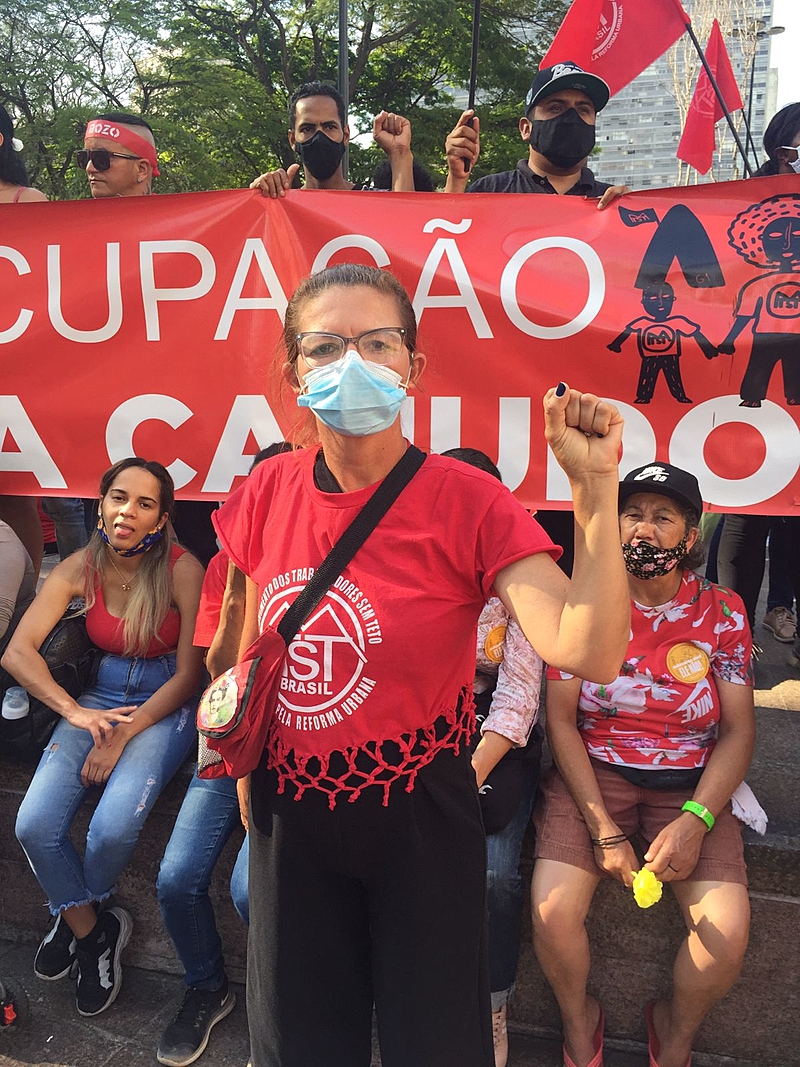 At 45 years of age, Silmara lives with around 2,000 families in the Nova Canudos occupation, in Taipas, in the north of São Paulo. The place brings together residents who, without jobs and income, do not have the money to pay for housing in the most expensive city in the country.

“Today there are more people in occupations than before this government. People do not have money to buy food, let alone pay rent. I came because we need to change this situation,” he says. 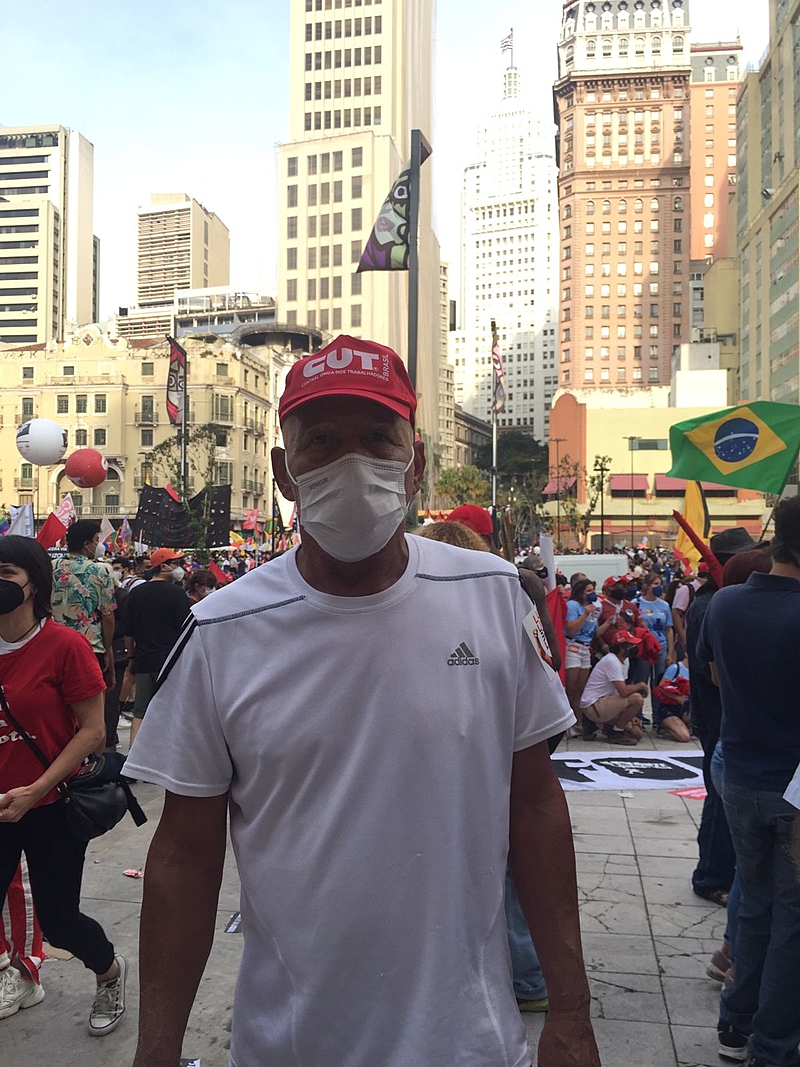 “We will have to fight more, be more radical” / Thais Halinski

Age was not an impediment for Wilson to join the crowd in downtown São Paulo. Vaccinated and wearing a mask, he opined that it is the responsibility of the population to curb Bolsonaro’s coup threats.

“I hope that this demonstration is a demonstration in Brazil against the attempt of a Pocketnist dictatorship. I think there are few people here, it has to increase,” he charged.

“We are going to have to fight more, be more radical against this power that is trying to end Brazil”, concludes the retiree. 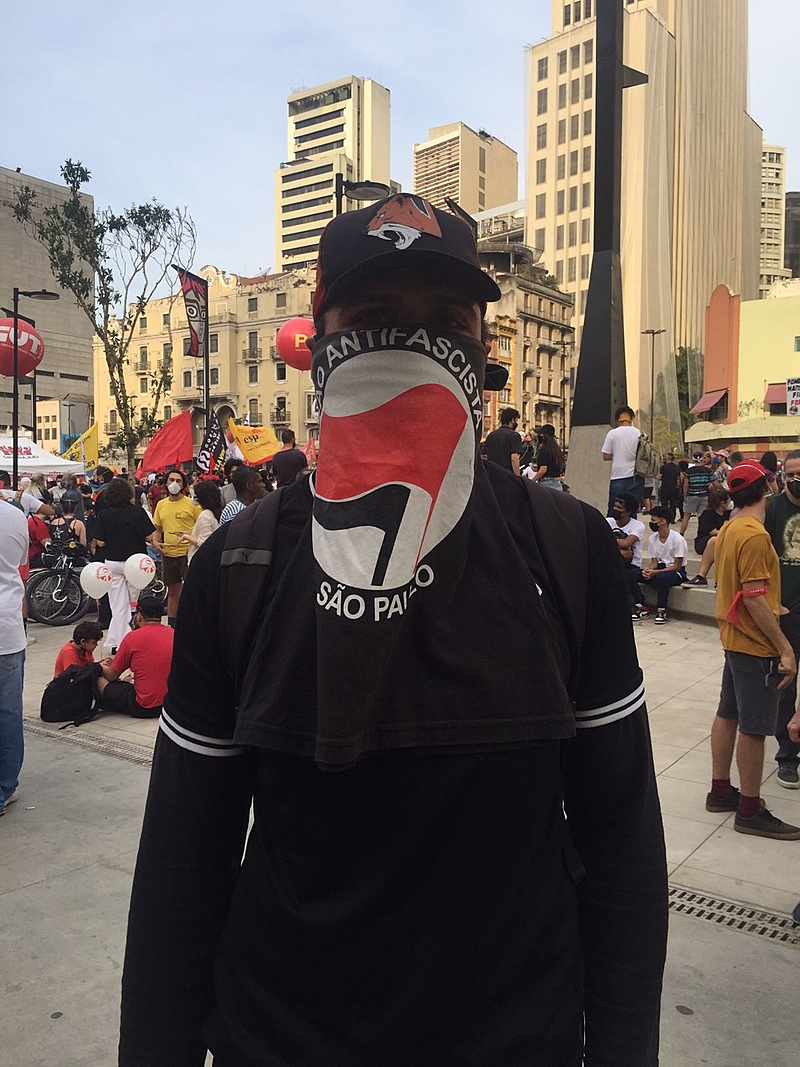 “Today we demonstrate that we also have power” / Thais Halinski

With anti-fascism stamped on his face, Felipe left home because he believed in the importance of popular acts to contain the anti-democratic wave led by pocket narists.

“It has already been demonstrated that fascism is there. On the other side, they want violence. We have to be prepared. I particularly find it advantageous to do acts. It shows that people have been opposing it, it demonstrates unity. We need a broad front,” he says. 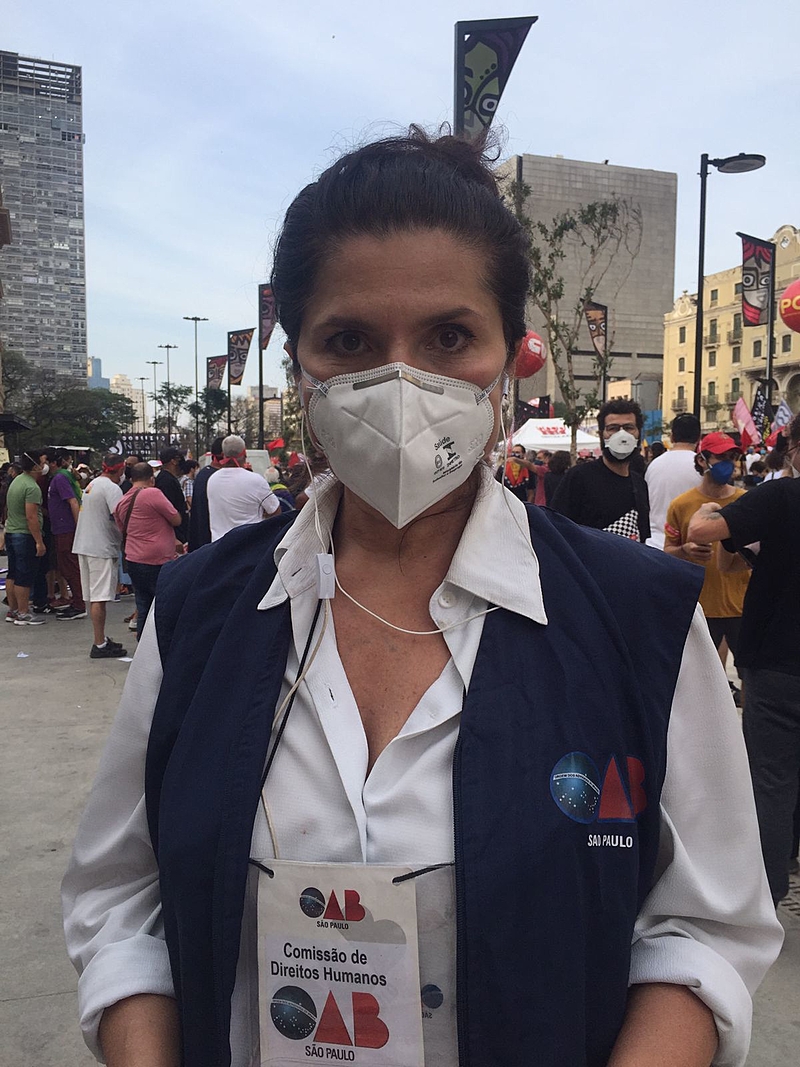 Luzia is one of the lawyers who made up the group of observers from the Brazilian Bar Association (OAB) responsible for preventing human rights violations committed by military personnel and civilians during the protest in São Paulo.

“My expectation is that the population peacefully and democratically demonstrates their dissatisfaction. Demonstrations are democratic movements. It is a full right. Whichever party it is,” he said.

“I don’t see it as a negative act here or on (avenue) Paulista (where protesters in support of the president were concentrated), provided that, as democratic guidelines, they do not harm the Constitution.”

Pocketnarist threats did not materialize

The OAB assessed that the expectation of violence against the population and acts of institutional rupture on the part of federal government supporters, publicly announced in the days prior to September 7, did not materialize.

“All the threats that we had received, shared on social networks by military police officers urging colleagues to appear at the demonstration armed, in view of all this, I really think the acts went smoothly and peacefully”, evaluated Ana Amélia Mascarenhas, president of the Commission of Human Rights of the OAB-SP.

See, below, images of the progressive acts this September 7 across the country.

#7sForaBolsonaro | In the Vale do Anhangabaú, protesters in the Grito dos Excluídos support the defense of democracy, life and the rights of the Brazilian people
📷 @marcelancolass / @youthraiser

LONDRINA (PR) ✊🏽🚩Families from the Eli Vive Settlement donate more than 3 tons of food to the Grito dos Exclusions activity, in Londrina. #7SForaBolsonaro

#7sForaBolsonaro | In Fortaleza, social movements protested against the high values ​​of food and cooking gas: #Bolsocaro