On the same day, 48 hours after the September 7 demonstrations, President Jair Bolsonaro (non-party) staged two setbacks that left his base more solid – the supporters who follow him and defend him on social networks – divided, confused and contradicted .

First, this Thursday (9), came the request that the truckers who support him stop blocking highways and return to work. Then came an official note backing away from his speech delivered in São Paulo on the 7th, in which he called Justice Alexandre de Moraes, of the Federal Supreme Court (STF), a “scoundrel” and said he would not comply with court orders from the magistrate .

::In a declaration to the nation, Bolsonaro recoils: “My words flow from the heat of the moment”::

With that, the hard core of support for Bolsonaro cracked. The first sign came from economist Rodrigo Constantino, one of the most solid – to date – supporters of the president. Apparently feeling defeated, he declared “game over” on his social networks, also citing a speech by Bolsonaro delivered on Thursday in which he praised China. See below.

Day 7: Crowd in the streets with patriotic agenda condemning arbitrary
Day 9: Bolsonaro praises China as essential and apologizes to the STF.
Game over.

He wasn’t the only one. While incredulous, not a few of his supporters have expressed annoyance at the president’s setbacks, while still hoping that it is some kind of “myth” strategy, or measures that he would have been forced to take by the political forces fighting to communicate the country. See the examples below. 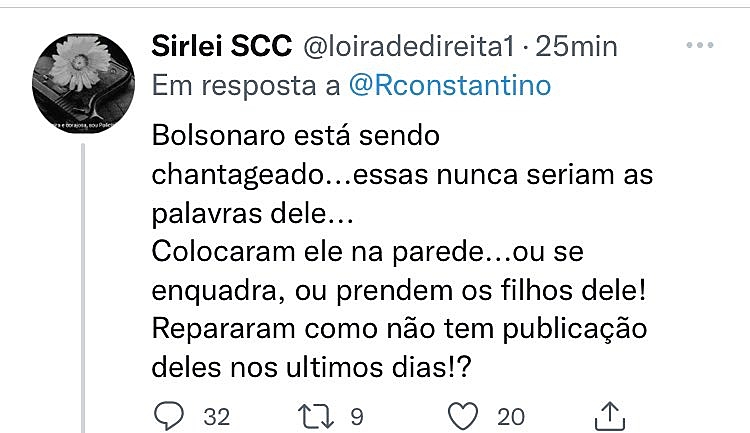 This supporter of the president believes that Bolsonaro had no alternative, given the persecution she has been subjected to, along with her family / Reproduction

In the WhatsApp groups supporting the president, what was seen this Thursday is an effort to maintain support for Bolsonaro, with an intense proliferation of theories that explain the reasons for the recent attitudes of the “myth”, as it can be see below. 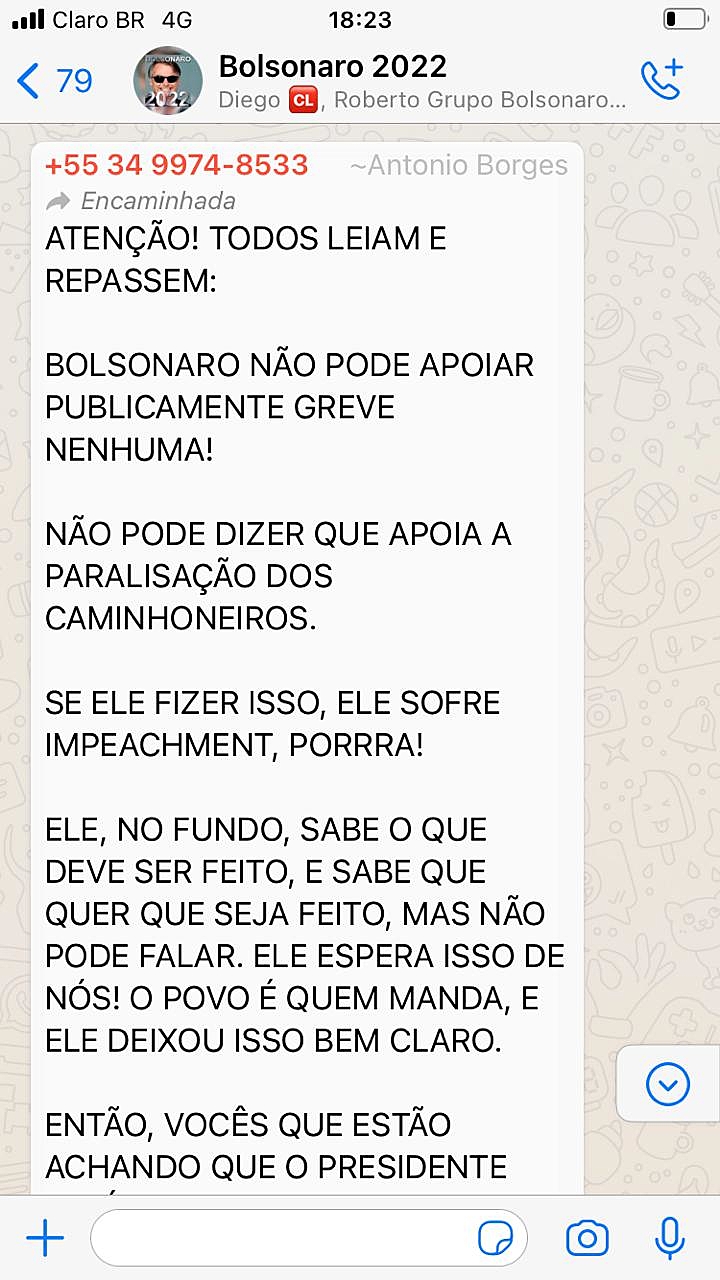 According to the theory of supporter Antonio Borges, which is intensely shared in the Saconarist groups, Bolsonaro only does not support the truck drivers’ strike so as not to run the risk of impeachment / Reproduction