On the afternoon of this Wednesday (22), the families of the Kaingang and Guarani Nhandewa peoples, who had been camped for two months in the Piraquara State Forest (PR), obtained authorization from the State to remain in the place.

According to Eloy Jacintho, an indigenous leader in Paraná, the forest was abandoned by the State. He explains that the repossession project is not limited to occupying space for the housing of indigenous families: the nhandereko, which takes care of the environment and, therefore, the revitalization of the springs and the reforestation must be undertaken in the Metropolitan Forest.

According to Eloy, “the resumption intends to bring a purpose to this forest, which is preservation through nhandereko, the indigenous way of life of preserving, caring, thinking about future generations.”

Due to the abandonment, the Piraquara State Forest is now a point for burning garbage and a route to escape from the prison in the nearby neighborhood, according to residents of the region. Eloy also points out that the river that cuts through the forest has been used as a dump for the municipality’s sewage, and that the site, covered with eucalyptus, has degraded soil.

“The Kaingang have reforested all their land with araucarias, and we propose to that, the revitalization of the rivers and the reforestation of the place with native plants; […] Residents say that they could come here a long time ago, when there were still collective spaces here, such as the soccer field. They came to walk with their families, and even to swim in the river,” says Eloy.

The purpose of the resumption is “the preservation through nhandereko, the indigenous way of life of preserving, caring, thinking about future generations.” / Photo: Giorgia Prates

With the reforestation of native species, it is natural for the springs to recover, as it is the transpiration of the forest that makes the water cycle possible. Eloy guarantees that the repetition of the same process in other places can lead to an improvement in the drought that has devastated Paraná and has caused the water crisis in Curitiba and its metropolitan region.

Another project for the forest is a training center on indigenous history and rights. The Kaingang and the Guarani were some of the first populations known to inhabit the state of Paraná. In the 19th century, they were expelled from their lands by Dom João VI, who intended to open paths to the Port of Paranaguá. With the training center, these peoples will have the opportunity to tell the decolonial version (which deconstructs the colonizing narrative) of history.

“When you talk about discovery, there is no discovery, when you talk about a village, what village? I recognize myself in a Guarani territory that transcends the geographic spaces created after colonization. What is Indian? I’m not an Indian, I’m Guarani Nhandewa”, explains Eloy. 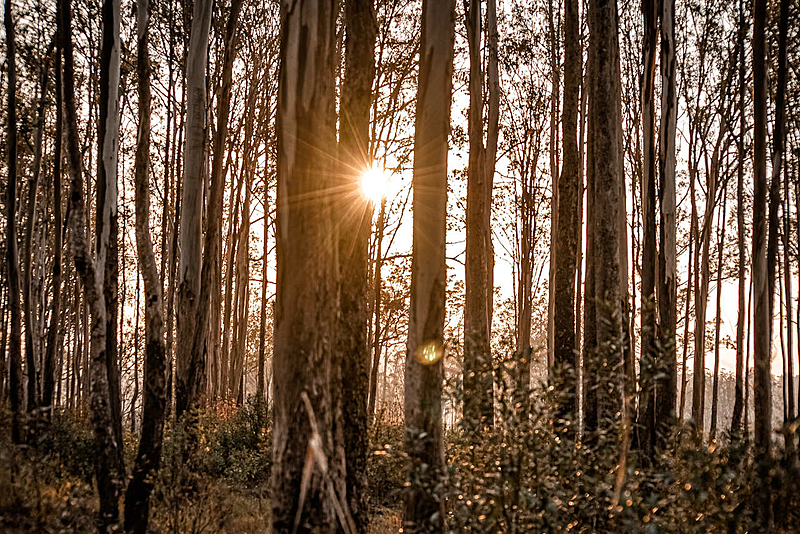 Reforestation of native species and a training center are in the resumption projects / Photo: Giorgia Prates

Even the concept of village did not come from the original peoples, this grouping created by the white served to control the indigenous expansion. This is why the distinction between retaking the territory and retaking the village is so important.

The retaking of territory transcends the spaces delimited by white and the village ideals created by it. The notion of chief, among others, is reviewed by these families, who propose new forms of organization and leadership.

Above all, with the retaking of these lands, the recovery of ancestral knowledge is also envisaged, based on the return to native languages, sacred songs and other original cultural practices. Only in this way can these peoples, who have been suffering centuries of extermination, ensure the survival of their history and knowledge.