The emergency aid, granted to 45.6 million Brazilians with an average value of R$ 200 per month, will no longer be paid in October and still does not have a defined replacement.

The federal government plans to release this month the details of the “new Bolsa Família”, which is expected to go into effect at the end of the last installment of the aid. The program will change its name, in an attempt to disassociate it from the management of the Workers’ Party (PT).

The government of Jair Bolsonaro (without a party) proposes to increase the average amount of the benefit, from R$190 to R$400, and its coverage, from 14.7 million to 17 million families. However, court decisions that increase mandatory government spending with states and municipalities for 2022 have been delaying the reformulation of the program.

In the interpretation of Matias Cardomingo, a Master in Economic Theory from the University of São Paulo (USP), it is unlikely that the government will delay the launch of the program to the point of leaving beneficiaries of emergency aid without income.

“The government wants to reissue what was the beginning of the first emergency aid, when there was a boom of Bolsonaro’s popularity amid the pandemic. I don’t believe the government will leave the beneficiaries of the old Bolsa Família registry without any benefits available”, he says.

“A blackout like this would be tragic for the families, mainly, but for the government as well”, emphasizes Cardomingo, a researcher at the Center for Research in Macroeconomics of Inequalities (Made) at USP.

Even though it is possible to extend the payment of aid until the official launch of the new Bolsa Família, social protection for workers who lost income in the pandemic is not guaranteed.

This is what says Leandro Teodoro Ferreira, president of the Brazilian Basic Income Network (RBRB) and Master in Public Policy from the Federal University of ABC (UFABC), who criticizes the current value of the aid.

According to the expert, the R$ 200 does not cover expenses with a basic food basket in most cities, and does not even come close to monthly housing costs.

“In this situation where we still have a scenario of poverty, which socially affects families, and a situation of low economic activity, it would be important for this value to be higher and reach more people”, he analyzes. “The emergency aid was originally worth R$600, and because of that it was able to have a positive impact on protecting families and helping to boost the economy.”

In addition to having a higher value, in 2020 the number of beneficiaries of the aid was close to 68.2 million people, 22.6 million more than in the current round of payments.

“In comparison with Bolsa Família values, this gap is also clear. In July 2014, the average benefit was R$169. If we update these amounts by INPC [Índice Nacional de Preços ao Consumidor], which is the basket of the poorest, the value would go to R$ 250”, adds Ferreira.

The estimated cost of the new Bolsa Família is R$56 billion per year. To implement it, the government needs to make room in the budget.

The main bet of the economic team is a Proposal for Amendment to the Constitution (PEC) that allows the expenses with court sentences to be split over ten years, circumventing the “spending ceiling”.

For the president of RBRB, the amount invested in social programs such as Bolsa Família benefits the population as a whole and should not be seen only as an expense.

“The government would need to be concerned with ensuring a benefit that also helps to boost the economy, and then we would even see a faster recovery of the labor market, which could even provide people independence from the need for this benefit”, adds the specialist, who advocates that the federal government guarantee a basic citizenship income for all.

Matias Cardomingo recalls that the federal government took a long time to implement the second stage of aid, between 2020 and 2021.

In his view, the reduction in the value of the parcels “had nothing to do with the situation the country was going through at that time”.

“When the government announced the reduction in the amount of aid, regardless of the economic issue, the health situation was not resolved. Vaccination had not yet advanced to the point where people could resume their activities. They needed to stay at home, and for that they needed income”, he emphasizes.

Even with the advance of vaccination, the researcher points out that the narrative of economic recovery supported by the government is fragile.

“We are seeing two recoveries: in GDP [Produto Interno Bruto] and in formal employment, through the Caged indicator [Cadastro Geral de Empregados e Desempregados]. GDP is based on a very low basis for comparison, and growth should be around 1%”, he says.

Cardomingo adds that the data from Caged had a recent change in methodology and are far behind in relation to the National Household Sample Survey (PNAD), by the Brazilian Institute of Geography and Statistics (IBGE). 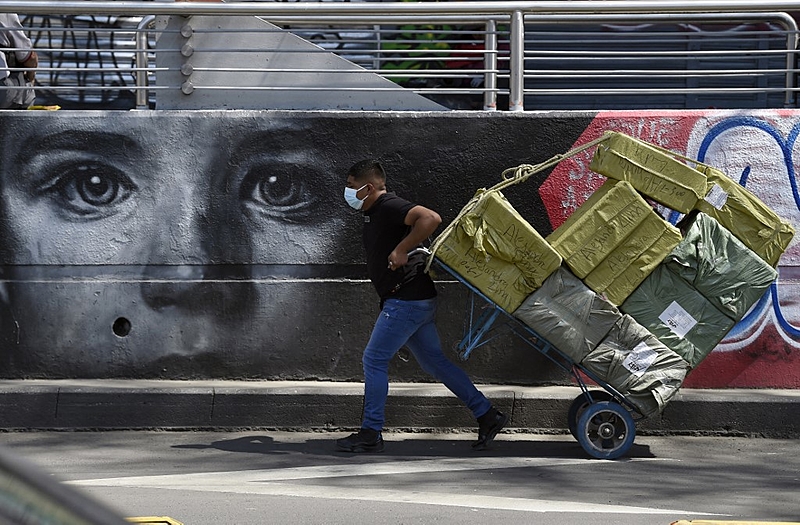 “We still have at least 14.8 million unemployed, a record rate”, he reinforces.

Given this scenario, the increase in the scope and values ​​of Bolsa Família becomes even more urgent.

“The world is moving towards more progressive debates on social protection, with broader networks and more constant instruments”, recalls the researcher.

“We don’t have a government that believes in a state that should provide people with security in their living conditions. It is a government that was pressured by the circumstances, and we have to take advantage of that”, he concludes.