All Brazilians who go to the supermarket or who own a car have noticed the continuous increases in prices, both for food and fuel. This at a time of economic and social crisis, high unemployment and the return of hunger. In this article, we focus on the increase in fuel prices, seeking to understand its causes, consequences and what to do to reverse this situation.

In Recife, the average price of a liter of gasoline is around R$ 6.20 and diesel for R$ 4.60 per liter. This year alone, gasoline had its price raised by 31.2%, while diesel rose by 28%. The capital of Pernambuco has a large number of gas stations, which increases competition and lowers prices. But even so, prices are weighing heavily on the population’s pockets.

:: It’s not just the price of fuel: former Uber drivers tell you why they left the app ::

There is a lot of confusion about who would be to blame for the increases, with many people blaming the state governments for a supposedly high tax on the circulation of goods and transport services (ICMS), which corresponds to 27.6% of the price of gasoline. Federal taxes are 11.5% of the price, the fuel distributor and reseller keeps 10.4% and there is still 16.9% referring to the cost of ethanol (in Brazil produced from sugarcane) that is mixed with Gasoline.

But to complete the 100%, there is still the 33.6% corresponding to the Petrobras service, which extracts most of the oil produced in the country and is (or at least was) responsible for the refining. These 33.6% include the salaries of Petrobras workers, the high costs of the oil industry, but this structure has not been expanded in recent years – on the contrary, it has been dismantled to reduce costs. So why did prices go up?

:: Find out why the high dollar, and not the ICMS, explains the soaring price of fuel ::

Rogério Almeida, a worker at the Abreu e Lima Refinery (Petrobras) and general coordinator of the Union of Oil Workers of Pernambuco and Paraíba (Sindipetro PE/PB), lists three main factors that affect fuel prices in Brazil: international price parity adopted in 2016, the reduction of the capacity of the refineries and a “tapping from above” to favor foreign oil companies. He believes that cooking gas could be reaching the end customer for R$40, a liter of gasoline for a maximum of R$4.00 and diesel for a maximum of R$3.50

He explains how pricing worked before 2016. “They took into account the international price of a barrel, but only as a parameter. Our production was based on our costs, in Real, considering factors such as inflation and the country’s economic situation. And these prices were reassessed every three months, with adjustments”, says Rogério Almeida. “But since 2016, right after the coup against President Dilma [Rousseff], one of Michel Temer’s first acts was to change Petrobras’ pricing policy”, recalls the refinery worker.

:: Three for Four: The economy that keeps Brazilians sleepless ::

Sindipetro and the Single Federation of Oil Workers (FUP) consider that foreign oil companies are one of the main interest groups that stimulated the 2016 impeachment, aiming to gain more space in the Brazilian fuel market. “Since the coup, the number of importers operating in Brazil has grown 150%”, highlights the union leader, recalling that one of the first measures taken by Michel Temer’s government was to apply the Import Parity Price (PPI) policy. “This made the prices of fuel sold in Brazil obligatorily obey the international price of the barrel, which is quoted in dollars”, says Almeida.

In addition to starting to obey a price that does not correspond to the reality of national production, which is much cheaper, the value of the fuel also started to be affected by exchange variation. The dollar currently costs R$5.20 and the devaluation of the Brazilian currency is, to a large extent, intentional by the Ministry of Economy. The devalued real benefits agribusiness, which does not produce food for domestic consumption, but meat and soy for export and sugar cane for biofuel. On the other hand, the high dollar raises the prices of basic foodstuffs in Brazilian daily consumption, such as bread, oil and pasta.

The Petrobras worker explains that the Brazilian giant extracts 2.6 million barrels a day and its refineries have the capacity (if running at full load) to refine 2.4 million barrels (92%) daily, transforming it into cooking gas, gasoline, diesel and other derivatives. The Brazilian domestic market consumes around 2 million barrels daily (77% of the total). There would be 400,000 barrels left that are not consumed in Brazil and could be exported, half being refined here, while the other half would be refined abroad. But the bill is not so simple, because Brazil produces more diesel than it needs, and therefore exports. While it produces less cooking gas (LPG) and gasoline than it consumes, then it needs to import.

::Article | Understand why gas and gasoline are so expensive ::

But the costs, explains the coordinator of Sindipetro, are much lower. “Petrobras spends around 10 dollars (US$) to extract a barrel of oil, but on the international market it is quoted at US$ 72.00”, says Almeida. “If Petrobras extracts for $10, it could sell to the refinery for $30 or $40. It’s already a good profit margin. The refinery, which is also owned by Petrobras, processed the fuel. But with the PPI law, Petrobras is obliged to sell this barrel for US$ 72 to the refineries”, he completes.

This guarantees a large profit margin for the Brazilian oil company. This profit is not being invested in the structure itself, as the company is disposing of its assets. The profit is going to the company’s shareholders. “They are very happy, but the population is paying the price”, summarizes Rogério Almeida, who has little hope of a change in the current government. “We have to end this policy [de PPI]. But Bolsonaro will not make this change, because he – like Temer – are ‘tied’ to this political agreement that benefits foreign companies. And the Brazilian people are paying more and more dearly”, he laments.

As the Brazilian State is the majority shareholder in Petrobras, holding 51% of the company’s shares on the stock exchange, the President of the Republic has the power to interfere in the oil company’s pricing policy. “The PPI is used by countries that do not extract oil or do not have refineries. They need to buy from abroad, import, so they pay in dollars. But Brazil doesn’t need that. The priority had to be to supply his country at a low cost”, says Rogério Almeida.

In terms of diesel prices, 52.4% are Petrobras’ costs, while the state tax (ICMS) corresponds to 15.9%, federal taxes are 6.9%, the distributor and reseller keep 13.4% and another 11.2% are from biodiesel mixed with oil. Petrobras’ production cost is not higher, but the percentage corresponding to the company is higher only because the other slices are smaller. 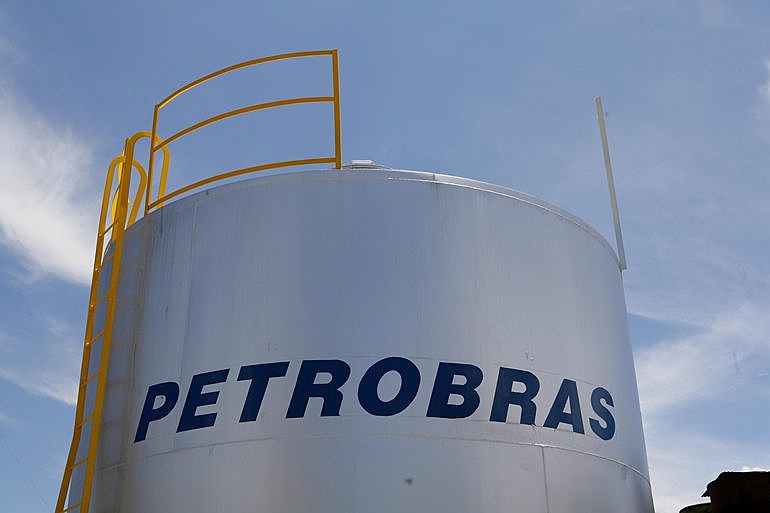 Despite high profits, Petrobras has not invested in expanding its structure – on the contrary, it has been dismantled / Geraldo Falcão / Agência Brasil

National refineries, if operating at full capacity, could transform 2.4 million barrels into oil products. But, according to the worker at the Abreu e Lima Refinery, in recent years the Federal Government has reduced the load on the refineries, which are operating at 70% or 75% of their capacity. “They do this to claim that we have little fuel and thus open a large market share to foreign importers,” says Almeida.

The sale of refineries is also pointed out as a problem. The privatization process has already started at the refineries in Amazonas and Bahia, but the Abreu e Lima Refinery, in Suape (PE), is also in the crosshairs. “If they sell Abreu e Lima, the fuel market in the Northeast will be dependent on the price of the private market. Even if a progressive government returns, which changes the price policy, gasoline may even drop where Petrobras’ refineries are located, but in the Northeast region, prices will be established by the private market”, warns the oil company.

He also mentions the privatization of BR Distribuidora that has already been completed. “Before, Petrobras could reduce the distributor’s profit margin, so as not to weigh on the consumer’s pocket. But now BR Distribuidora no longer belongs to Petrobras. The priority is always to make a bigger profit. Liquigás, the kitchen gas distributor, was also privatized”, he highlights.

Importers, when bringing fuel from abroad, pay import taxes, port fees, insurance, etc. “The sum of these fees corresponds to R$0.25 per liter of gasoline. But Petrobras, which is not importing, is also being forced to include these R$0.25 in its price. It’s a regulation from above”, he complains. By including the price, Petrobras starts to sell the fuel at the same price as its competitors, when it could sell it cheaper.

Much has been said about the state tax on fuel, the tax on circulation of goods and transport services (ICMS), corresponding to 27.6% of the price of gasoline and 15.9% of what is paid for diesel. “This percentage has been the same for over 10 years”, warns the Petrobras worker. “This is a fallacy. What increases is the initial value of the sale of the barrel to the refinery. When you change this value, the price of taxes increases per table, which are percentages,” he says.

Petrobras’ share is 33.6% in the case of gasoline, or a third of the total. Which means that the price of a liter sold by Petrobras to the refinery will reach the consumer three times more expensive. “If the gasoline enters the refinery at R$1.00, it arrives at the gas pump for the customer at R$3.00. This with the same taxes, fees, everything the same as today. Today, gasoline reaches the refinery at R$2.20, but by the end of the year it could reach R$3.00. If that happens, it will be pumped for R$9.00”, warns Rogério Almeida.

Brazil, despite its continental dimensions, decades ago made a mistaken choice to no longer invest in railways, but exclusively in highways, so that today 75% of goods in the country are transported by road, by truck workers. Which means that the increase in fuel prices directly impacts product prices in supermarkets.

The oil tanker warns that the prospect is for prices to rise by the end of the year. “Get ready because there is going to be a big increase in the price of public transport, in addition to the entire food distribution chain. It affects everything we consume. It’s a snowball,” he laments. “This will only change if we attack this pricing policy at Petrobras”, he concludes.