On his first trip to the Northeast for political commitments after regaining his eligibility, Lula travels through the states of Pernambuco, Piauí, Maranhão, Ceará and Rio Grande do Norte to meet the demands of Brazilian workers and convey hope for the country’s future.

In Maranhão, the agenda was marked by a meeting with leaders of the indigenous movement, where Lula was baptized with the title of Guardian of the Territories of Indigenous Peoples of the State, in addition to political agendas aimed at strengthening health and public education.

Read too: Bolsonaro studies abandoning treaty on indigenous and quilombola rights as of September

The closing was a meeting with representatives of social movements in the region and workers’ Party (PT) militants at the headquarters of the Federation of Rural Workers Farmers and Family Farmers of the State of Maranhão (FETAEMA).

Lula asks for reflection, resistance and struggle against the advance of fascist practices stimulated by Bolsonaro / Hannah Letícia/MST-MA

On the occasion, Lula asked for a reflection on what happened in the recent past, referring to the military dictatorship and what is happening in the country today, with the encouragement of the use of weapons and the militarization of public bodies.

Lula recalls social programs that led the poorest population to have the right to food on the table, such as Fome Zero, access to public education, with the creation of federal institutes, energy, through Luz para Todos, the strengthening of the countryside , through the Food Acquisition Program (PAA), among others. 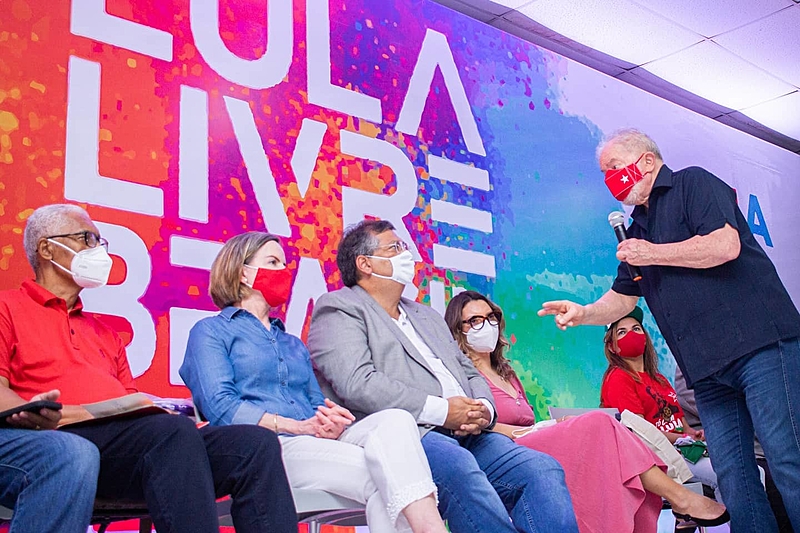 As a counterpoint to the achievements, he denounces that the impeachment of President Dilma in 2016 was not intended to remove her from the presidency, but rather to destroy the progressive political project that had been carried out and the rise of the poorest population to rights previously only accessed by the elite .

“Since the impeachment I understood that their intention was not just to remove Dilma. They wanted to remove the entire government proposal and the advances we were achieving (…) the Brazilian elite never saw the poor people of that country”, he says.

In addition to the complete cancellation of social programs, the budget cuts of more than R$30 billion announced by the Bolsonaro government in April 2021 directly attacked rights such as access to education, health and housing.

Column | Bolsonaro’s project for Education is the crisis

In the midst of the pandemic, the Ministry of Health itself lost more than R$ 2 billion from the budget base, which affected actions to fight the pandemic, the cost of hospital and outpatient care, as well as research in the area.

Lula guarantees that this dismantling is the result of the profile of the Bolsonaro government, contrary to any policy of access to guaranteeing rights for the poorest population in the country.

“We have a government that at no time uses the words income distribution and family farming. The only thing he is dedicated to is fighting with the Supreme Court, with social movements, with the indigenous people”, he emphasizes. 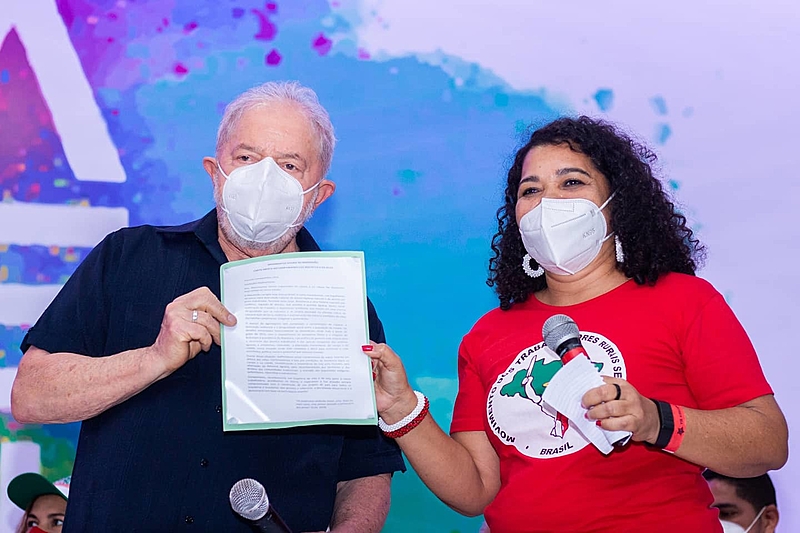 The state leader of the MST, Gilvânia Ferreira, delivered an open letter on behalf of social movements, in which she denounced the advance of agribusiness and environmental destruction, intensified by the impeachment and the arrival of President Bolsonaro, in addition to signing the construction commitment a broad front to guarantee new directions for the country.

:: “The Agrarian Reform is to produce food for the Brazilian people”, says Stedile ::

“We reaffirm our commitment to continue fighting in defense of lives. We will continue the struggle for dignified living conditions in the countryside and in the city, recognizing the importance of the struggle for housing, for the implementation of the Agrarian Reform, for the recognition of territories and the rights of traditional communities, such as indigenous populations, quilombolas, riverside dwellers and extractivists ”, says an excerpt from the delivered letter. 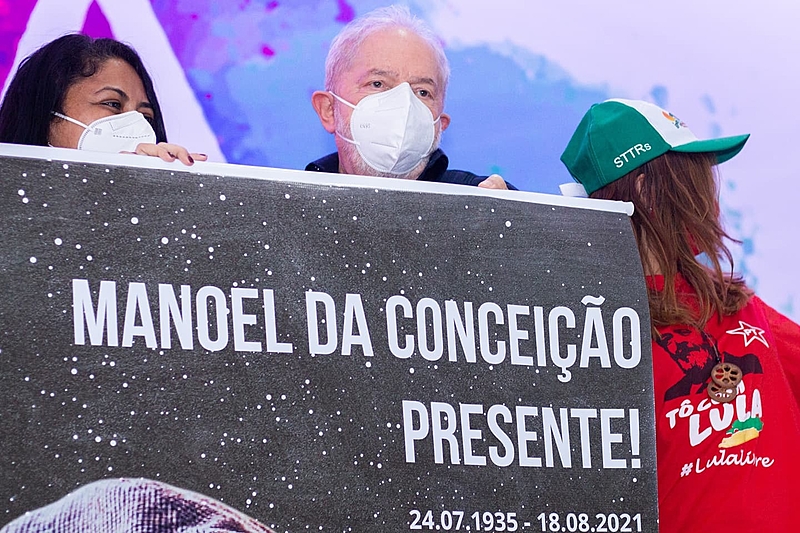 Peasant leader, Manoel da Conceição is a symbol of resistance against the military dictatorship in Brazil / Hannah Letícia/MST-MA

The moment was also marked by a tribute to the peasant leader from Maranhão and one of the founders of the PT, Manoel da Conceição, who died last Wednesday (18th), after health complications.

Read too: Manoel da Conceição: learn about the political trajectory of the peasant leader who died in Maranhão

Symbol of resistance to the military dictatorship, Manoel da Conceição was persecuted, tortured and exiled, but he leaves a whole legacy of organizing the struggle for democracy and for the rights of peoples in the countryside and forests.

“Mané helped me to build the workers’ party and we had an extraordinary coexistence. The last time I saw him was here in Maranhão, already a little weak. Send my hug to Denise. We will all be here to comfort and embrace Maneco’s family,” declares Lula.