Journalist Alexandre Garcia, 80, is the professional in the Brazilian press who has received the most medals and military honors from the Brazilian Armed Forces, the federal government and the country’s military police. Throughout his career, he has been awarded at least 23 awards from military institutions and five from civilians.

The awards were given to the journalist by entities such as the Brazilian Navy, the Brazilian Army and the Federal District Military Police. In common among them all, there is only one fact: that, in the justifications for the granting of honors, the specific act that would have led Garcia to be deserving of the honor never appears.

The Brazilian Army Medal is his last military award. Received it on August 2 this year. “It is intended to distinguish Brazilian or foreign personalities, members of the Brazilian Navy, the Brazilian Air Force and the Auxiliary Forces, as well as their Military Organizations and civil institutions, national and foreign, who have practiced outstanding action or relevant service in favor of interest and the good name of the Brazilian Army”, describes the standard that creates the decoration.

The “São Paulo Legislative Merit Honor Necklace” is his most recent civil award, received on February 23 this year. This is the highest honor offered by the State Legislative Assembly, “delivered only to people who stood out and contributed to the social, cultural and economic development of the State of São Paulo”, as described by Alesp.

Garcia received the award at the Canal Rural studio (for which he is a commentator) in Brasília, from the hands of the state deputy and member of the São Paulo Soy Producers Association Frederico d’Avila (PSL), as shown in the image below. 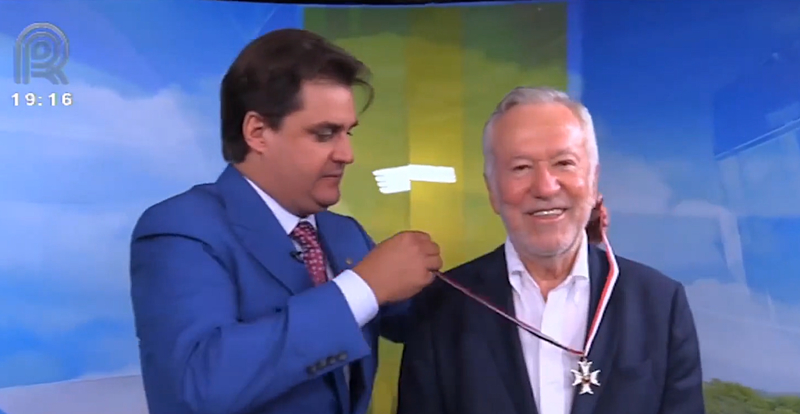 This is how the congressman explained the reasons that led Alesp (under his recommendation) to grant the Necklace to the journalist:

Here I would like to congratulate Mr. Alexandre Garcia, a great journalist, for the support you give to agriculture, for the Brazilian productive activity and for all the truth that you tell us through your activity in the national press. Agribusiness has you as a great ally.

A little over three years ago, on February 26, 2018, as published in the Official Gazette of the Union, then President Michel Temer (MDB) was awarded the “Oswaldo Cruz Medal of Merit”, in the gold category, the highest that exists. 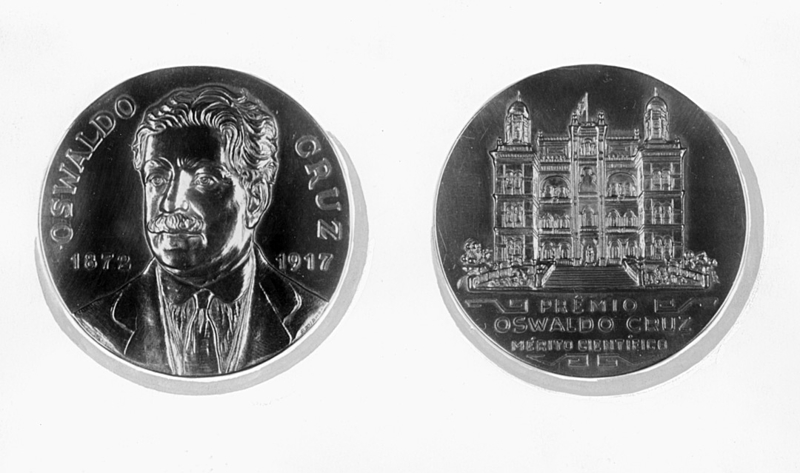 The medal was created in 1970, named after the scientist, physician, sanitarist and founder of Brazilian public health, and is divided into three degrees of decoration: gold, silver and bronze. It is granted in recognition of the performance for the health of Brazilians in various fields, scientific, educational, cultural and administrative. The federal government was not informed what led the journalist to receive it, a standard that is maintained in all the medals he received.

Also in 2018, on October 15, the Brazilian Air Force upgraded the rank of a medal that Garcia had already had since September 28, 1999, that of Aeronautical Merit. He then went from the awarded degree of “commendator” to “grand official”, as shown in the official publication of the Air Force.

In the image below, the award ceremony of the journalist in 2018. Wanted by Brazil in fact, the Ministry of Defense did not answer what were the achievements of Alexandre Garcia to receive any of the more than 15 honors he received from the Three Brazilian Arms combined. If the folder comes forward, its response will be included in this article. 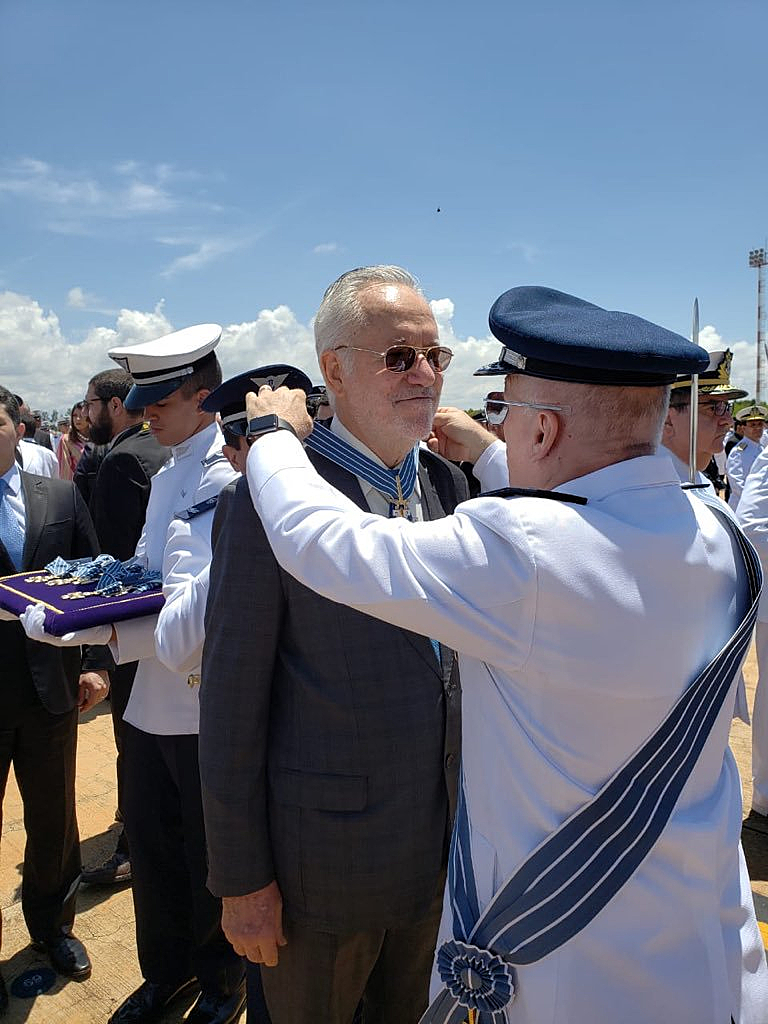 In day June 23, 2017, Alexandre Garcia received the Medal of Academic Merit. The granting body: National Academy of Health of the Brazilian Military Police and Firefighters. Officially, the honor is awarded to those who “provide exceptional services to the health cause of police officers and military firefighters in Brazil and to teaching related to the subject in military academies”.

At the award ceremony, held in Goiânia, the journalist addressed police and firefighters. As the Brazilian Association of Health of Military Police and Military Firefighters described in a publicity text about the event, here is what he said:

“The closing of the solemn ceremony featured a lecture by Journalist Alexandre Garcia, who made a significant reflection on the latent difficulty of living in society, since nowadays there is a ‘Bandidolatry’, which inspires young people to walk on marginalized paths, and assigned to the Legislative a fundamental role in the construction of laws opposite to the leniency of criminals.”

on the day May 2, 2016, Garcia was honored with the Order of Military Judiciary Merit, in the degree of “Distinction”. Who grants it is the Superior Military Court (STM), for those who “have rendered recognized services or demonstrated exceptional appreciation to the União Militar Justice.” Who was also honored by the STM on the same day was journalist Merval Pereira, from Globo Network. 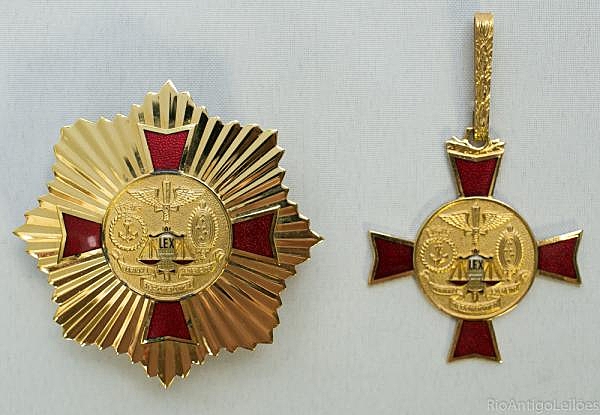 The Medal of the Order of Judiciary Military Merit, another one from the Alexandre Garcia / STM collection

But perhaps the most picturesque decoration in the journalist’s collection is that he received it on the day August 2, 2015: the Honorary Submariner Diploma.

The honor is intended “for military personnel who are not submariners or divers, and civilians, who have dedicated a considerable portion of their careers or contributed to raising the name of the Navy’s Submarine Force with the establishments they serve and with the general public.”

Considering that Garcia did not dedicate “a considerable portion of his career to raising the name of the Navy’s Submarine Force”, unless the report is mistaken, the Brazil in fact questioned the Brazilian Navy, through its Social Communication Center, how the journalist would have contributed to “raise the name” of the aforementioned Force to the point of being deserving of the honor. Until the publication of this report, there was no response.

Another surprising award received by the journalist is the Peacemaker Medal, granted on October 10, 1984. Created to reward military and civilians, national or foreign, who have provided outstanding services to the Brazilian Army, raising the institution’s prestige or developing relations with A friendship between the Brazilian Army and those of other nations, it was handed over to Garcia without being informed in a publicly accessible document designated for that purpose by law (Diário Oficial da União), which justified the award.

Wanted, the Ministry of Defense did not comment on the matter. 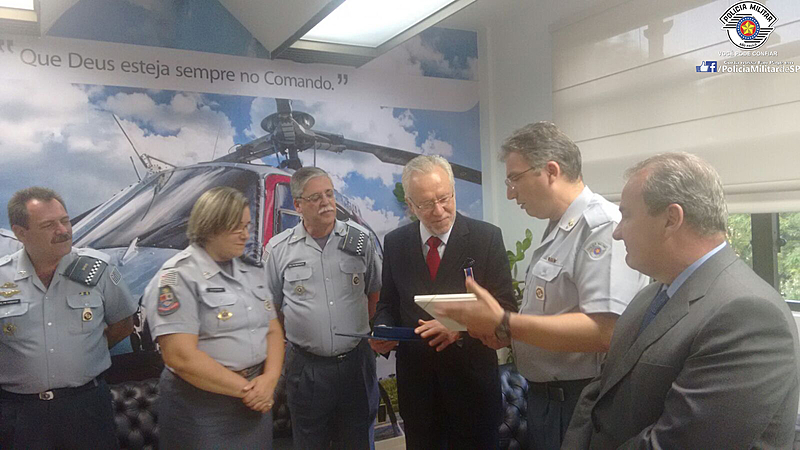 The photo above is from December 1, 2014. In it, Garcia receives the Brigadeiro Tobia Medals, granted by the Military Police of the State of São Paulo.

The commendation is described by PM-SP as “the institution’s highest medal honor”. Created by State Decree 45.648, of December 7, 1965, it serves to “decorate the members of the Corporation and the Armed Forces for the practice of relevant acts in benefit of the Force (PM-SP)”.

“Exceptionally”, however, “it may also be granted to civilian personalities or entities that are considered deserving of the grant, due to exceptional services rendered to the Public Force (Military Police of São Paulo)”. It is in this category that journalist Alexandre Garcia fits. Brasil de Fato sought out the PM-SP and questioned the reasons that led the corporation to grant the honor. There was no response.

It’s not just the PM from São Paulo who paid homage to Garcia. The Federal District Military Police, on the day May 13, 1991, gave him the Alferes Joaquim José da Silva Xavier Medal.

It is intended to honor citizens who have contributed in a relevant way to the activities carried out by the Military Police and, consequently, to the public security of the DF.

See, below, the granting bodies and the respective honors that complete Alexandre Garcia’s collection: