The professor of Culture, Pâmela Silva Souza, 27, was shocked, last Friday (30), when she learned that her CPF was already in the Santo André (SP) municipal registry of people vaccinated against covid. -19.

The same happened with his 25-year-old brother. The CPF was registered on the same day, at 2:45 am, at the Regional Integrated Supply Company of Santo André (CRAISA). His brother also never attended the site and he is not a health professional either, as stated in the system. 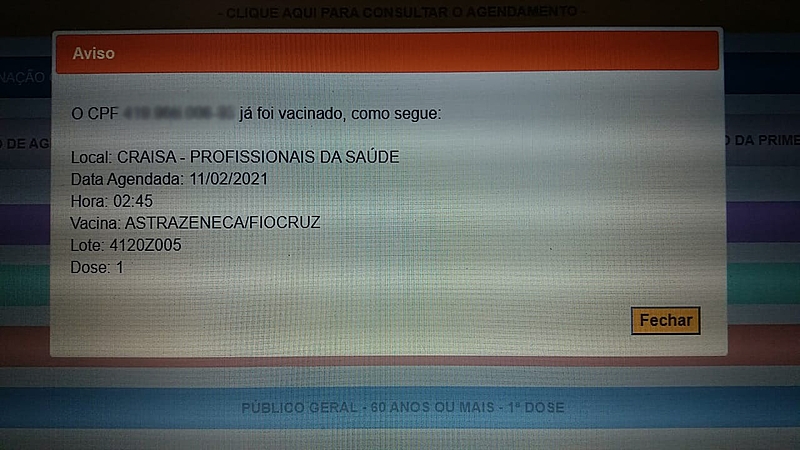 “I went to the City Hall’s scheduling website and then I couldn’t get it for my age group and I started digging. When I put my CPF in the appointments I had already made, it appeared that my CPF had already been vaccinated on February 11, 2021, as a health professional”, says Souza.

Read too: The fallacy of early treatment infuriates a large part of the medical profession

Commenting on her situation in the posts of mayor Paulo Serra (PSDB) on Instagram, she was instructed to send an email to [email protected], informing name, CPF, date of birth, SUS card number, address and contact telephone number. Souza sent three emails, none of which were replied.

She went to one of the vaccination sites at Atrium Shopping. There, the person responsible for immunization canceled the registration of February 2021 and vaccinated Souza. However, the system still contains the previous data. “Now the same date, place and time appears [de antes], but with the vaccine I took [CoronaVac]. I have no idea who took this Fiocruz dose”, he says.

If it continues as it is, the Culture teacher is afraid of having difficulties to take the second dose. She also filed a police report with the Civil Police of the State of São Paulo.

Taking advantage of Souza’s comment on the site of the mayor of Santo André, three other people also spoke out reporting the same situation. One of them is nutritionist Elaine Rodrigues de Lima, 29 years old. His CPF appears as “vaccinated” on February 12, at 8:15 pm, with the immunizing agent from AstraZeneca. 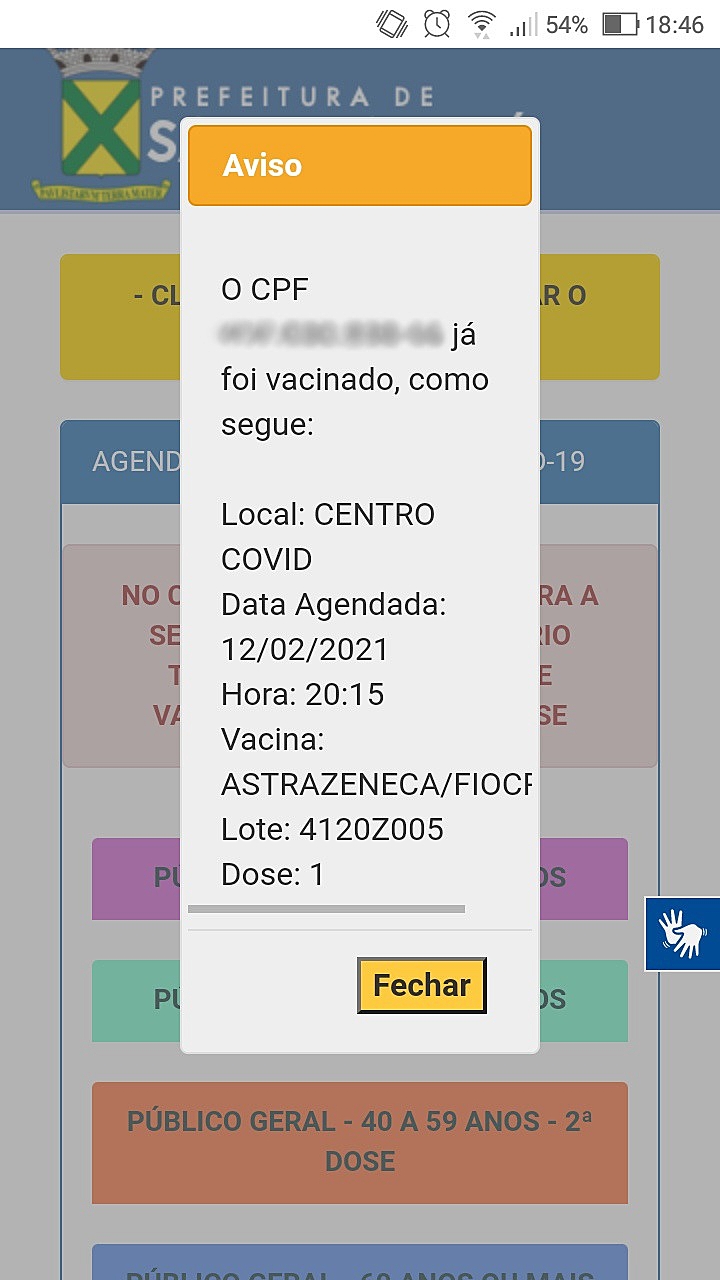 This Monday (2), Lima traveled to a vaccination unit. “Then they pulled my CPF, and my mother’s name appeared as being vaccinated with my CPF on February 12th. I don’t know how, because my mother was vaccinated in June”, says Lima.

Now, she has to wait for the recap of the vaccination of the 29-year-old population to make the schedule. Lima has gone five days without taking the covid-19 vaccine that he could have already had.

O Brazil in fact contacted the Santo André City Hall to find out what happened. So far, there has been no response.