In Curitiba, Paraná, the living conditions of the population worsened with the pandemic and the economic crisis, which immediately compromised the payment of rent and forced the search for the dream of owning a home in occupied areas.

In 2020 alone, more than 10 occupations were organized in the city, all of them with the presence of more than 200 families. With the growth of occupations, there were also at least six executions of forced eviction. Among those who managed to support themselves, families face problems such as survival, employment and, consequently, food.

In the Vila União occupation, located in the Tatuquara neighborhood, on the extreme outskirts of Curitiba, which houses around 300 families, the community kitchen has, since the beginning, supplied the demand of most occupants for daily meals.

At the end of July, the space was revitalized with support from the Landless Workers Movement (MST), becoming the Olga Vive space, in honor of the popular fighter who died due to covid-19.

Aparecida, a seller and one of the local residents and cooks, says that most families depend on breakfast, lunch and dinner prepared daily with the work of women in the occupation.

Right at the beginning of the Nova Guaporé 2 occupation, in October of last year, the report from Brazil de Facto Paraná spoke with the couple Marcelino da Silva Lemos and Jucélia Ribeiro de Oliveira, who was seven months pregnant at the time.

Food insecurity and hunger are realities that have returned to Brazil in recent years / Art: Brasil de Fato

At the time, what motivated them to participate in an area of ​​occupation, which now houses 100 families, was the high cost of living. They calculated the price of rent, plus water and electricity, at around R$800.

“I turned 60 on Sunday and I work selling dishcloth, candy and sweets at the traffic light. My wife is on the record, but she’s at home because of the pandemic. I am 60 years old and have difficulties in getting a job on the record”, exclaims Lemos. 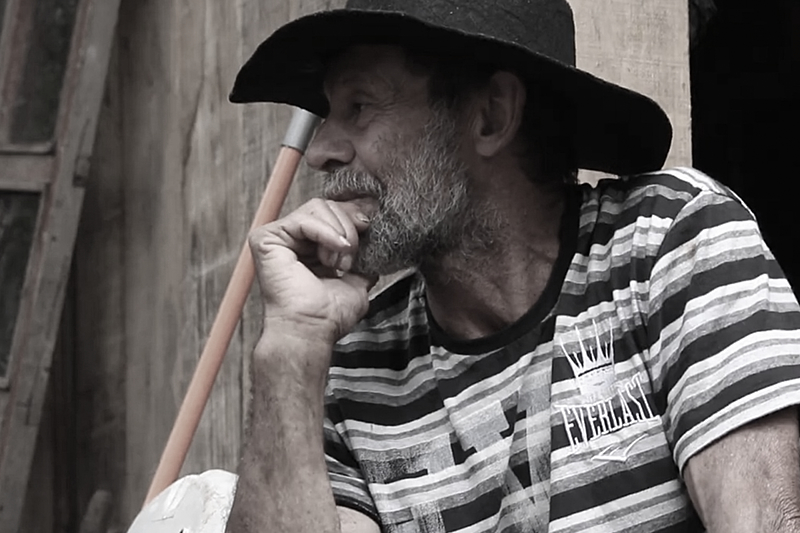 The work in the street, the difficulty in selling and the informal and exhausting workday affect precisely the low access to the necessary food. “Sometimes we arrive braiding our legs from hunger. That’s what everyone here is each trying to escape the rent to be able to offer a better life for their children”, he comments.

In less than a year, different popular movements organize community kitchens that serve families in the capital and the metropolitan region of Curitiba. An initial experience was organized by the MST and the Marmitas da Terra collective. Located in the city center, the initiative produces 1100 meals on average to distribute to the homeless population and also to the areas where the occupations are located.

In addition to this experience, the Homeless Workers Movement (MTST) is investing in a campaign to build a community kitchen, which will be located in the Nova Veneza occupation, in the Tatuquara neighborhood.

Initiatives serve families in the capital and the metropolitan region and total around 1600 meals a day / Art: Brasil de Fato

The Union of Residents and Workers (UMT), which brings together associations of residents in the Novo Mundo neighborhood, in the so-called Bolsão Formosa, has already surpassed the mark of 10 thousand meals produced and served all a year ago, on Thursdays. .

The Vila União occupation, in turn, has a kitchen and daily production of meals. Weekly, the three experiences add up to 1600 meals distributed.