The sixth and penultimate installment of the 2021 emergency aid is already in progress. The beneficiaries of Bolsa Família began to receive the new round of subsidy on Friday (17) and from this Tuesday (21), the general public will also starts to access the benefit.

Among people registered with Bolsa Família, deposits – made in the last 10 business days of each month – last until September 30, following the order of the final digit of the Social Identification Number (NIS).

Read too: What to expect from the new Bolsa Família in Bolsonaro?

The general public – composed of unemployed people, self-employed workers, low-income citizens registered in the Federal Government’s Cadastro Único (CadÚnico) and individual micro-entrepreneurs – is covered according to the month of birth. The first to receive the benefit, therefore, are the January birthdays and so on, until those born in December are awarded on the 3rd of October.

The payment schedule can be checked on Caixa’s website. In the case of people not registered with Bolsa Família, deposits are organized in credit cycles and cash withdrawals are available from October 4th.

The amount of emergency aid is R$250, with the exception of people who live alone and women who manage single-parent families. For the first, the benefit is R$150 and for the second, R$375.

Check out the calendar for Bolsa Família subscribers:

Credit for non-members of Bolsa Família: 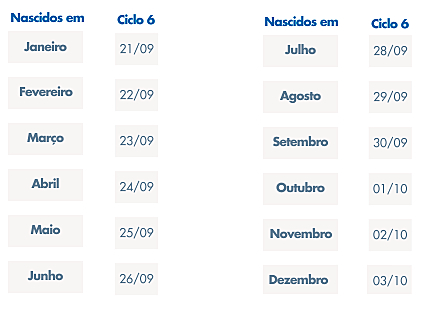 Withdrawal for non-members of Bolsa Família: 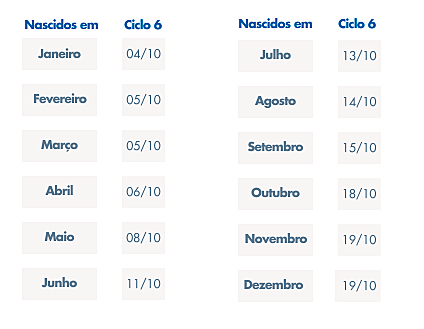 Scheduled to end in July, Emergency Aid 2021 has been extended for three months and is expected to last until October. The state subsidy is distributed at a time when, facing one of the worst measures of the Coronavirus pandemic in the world, Brazil is reaching alarming numbers of unemployment and hunger.

According to the Brazilian Institute of Geography and Statistics (IBGE), there are already 14.4 million people out of work in the country, equivalent to 14.1% of the population. This statistic also leaves out the so-called discouraged ones, which correspond to the 5.6 million people who no longer seek service. Unemployment is even more serious in the Northeast, where the rate reaches 18.2%.

The National Survey on Food Insecurity in the Context of the Covid-19 Pandemic in Brazil, carried out by the Brazilian Research Network on Food and Nutritional Sovereignty and Security (Rede Pensan) and released in April, estimated that 19 million people went hungry in the country during throughout 2020. The study also indicates that more than half of the households faced some level of food insecurity.