Students from the Federal University of Latin American Integration (Unila) mobilized last Saturday afternoon (11) to demand the immediate opening of Student Accommodation at the institution.

Surrounded by controversies and delays, construction of the property began in mid-2016, and is expected to be completed by May 2018. After problems with the responsible company, which ended up abandoning the execution of the work, the university’s management had to terminate the contract and promote a new bid. In light of the new schedule, the student community was informed that the space consisting of three blocks of buildings, with the capacity to accommodate up to 288 students, would be delivered in the first half of 2020.

:: Unila becomes the first Brazilian university to accept indigenous people due to their academic background ::

More than a year after the new deadline, the houses remain empty and the students do not have access to the equipment that has already cost more than R$ 14 million to the public coffers.

“I arrived at Unila to live the dream of studying in Brazil and being part of the Latin American integration project. Unfortunately the reality has been different. Without access to housing and with great difficulty in accessing aid, I had to sell bread and even receive food baskets to support myself. I love Unila, but it’s getting harder and harder to keep studying,” said a Chilean student interviewed on condition of anonymity.

Gabriela Silveira, director of International Relations at the National Union of Students (UNE), highlighted the importance of the demonstration and the support of Brazilian society for student permanence.

“Unfortunately this is not a problem exclusive to Unila, several universities across the country have been going through the same situation. This is a reflection of the policy of cuts promoted by the Bolsonaro government, which has been decreasing every year the resources allocated to the National Student Assistance Program (PNAES). As UNE’s representative, we are here to defend the permanence of students at Unila and throughout Brazil”, he highlighted.

:: The only university created by Bolsonaro faces cuts and has not opened competitions after 2 years ::

According to Unila, through her press office, the decision to open housing for students still depends on a few steps. “When the physical aspect of the accommodation is concluded, the elaboration and definition of the rules of use remain, a situation currently being elaborated. There is also the need to take into account the restrictions caused by covid-19, which delayed several processes”, pointed out the university.

The report of Brazil de Facto Paraná questioned why these disputes were not remedied, in view of the extended deadline given the delay in the works by the construction company. The answer was justified by bureaucratic aspects.

“In order for a bid to be held, other stages must be completed beforehand and one cannot escape the budget issue, which requires availability so that the bid can take place,” he said, without committing to new deadlines for opening the accommodation. 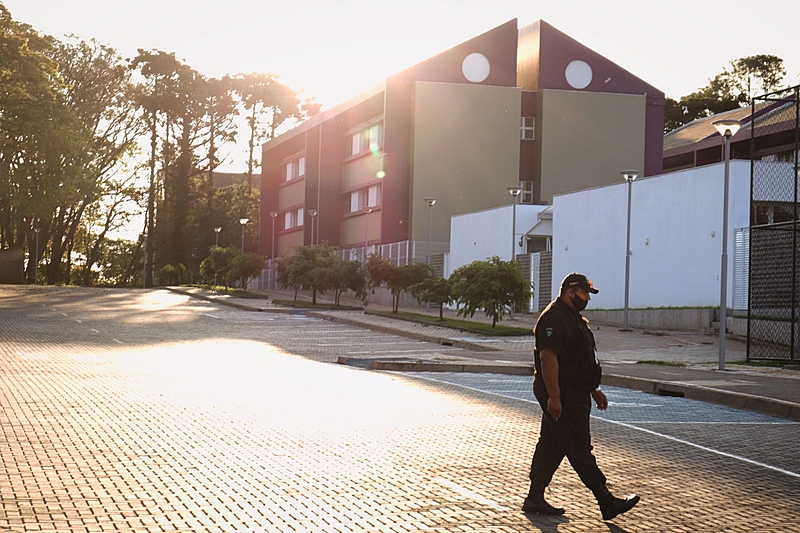 Between 2019 and 2021, the resources allocated by the PNAES for student assistance at UNILA fell from R$9.3 million to 6.8 million, and this year, by the management of the university itself, there was a supplementation of another R$1. .5 million for the payment of student aid.

“The actions, services and assistance made available seek to contribute with the objective of expanding the conditions for students to remain at the university, acting in a preventive manner against situations of evasion and retention”, completed Unila, through its assistance.

In the evaluation of the leader of the Unila Student Directory, Ana Dória, the actions have not been enough and there is a lack of dialogue with the students. “Until today they are unable to present a concrete date for opening the accommodation. Meanwhile, there are students in serious trouble, overcrowded republics. They say that the pandemic hampered the opening, but the real and only one harmed by this delay are the students. Precisely because of the pandemic, this accommodation would need to be delivered as soon as possible”, he concluded.