The Federal Court of Accounts (TCU) unanimously decided to warn the Special Secretariat for Communication (Secom) for promoting in its publications the personal image of Jair Bolsonaro and the Minister of Infrastructure, Tarcísio Freitas. The practice is illegal under Article 37 of the Constitution.

TCU ministers identified irregularities in 39 Secom posts made on Twitter in August, September and December 2020.

Read too: Exclusive: Michelle transforms Palácio do Planalto into a clandestine headquarters for evangelical cults

The decision, taken this Wednesday (18), is a kind of warning. If Federal Government agents publish content of this kind again, they are at risk of fines and lawsuits. The process was opened in December of last year, as revealed in the column by Rubens Valente, from Portal UOL.

“Secom’s posts are characterized by the use of names, symbols and images of authorities and public servants, and by the publication of an object [discursos e falas] whose disclosure is not authorized by the Constitution” pointed out the TCU ministers in an excerpt of the report.

A photo of Bolsonaro alongside the announcement of the extension of Emergency Aid was one of the contents included in the document. The publication was made by Secom, on September 1, 2020.

On September 15, it was Secom’s turn to share content from the personal page of minister Tarcísio Freitas. 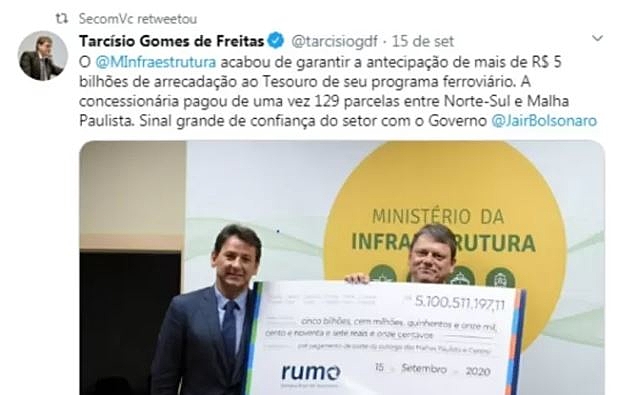 Three days later, Bolsonaro returned as the protagonist, this time with his hand on his chest beside the words: “God, Fatherland and Family”. 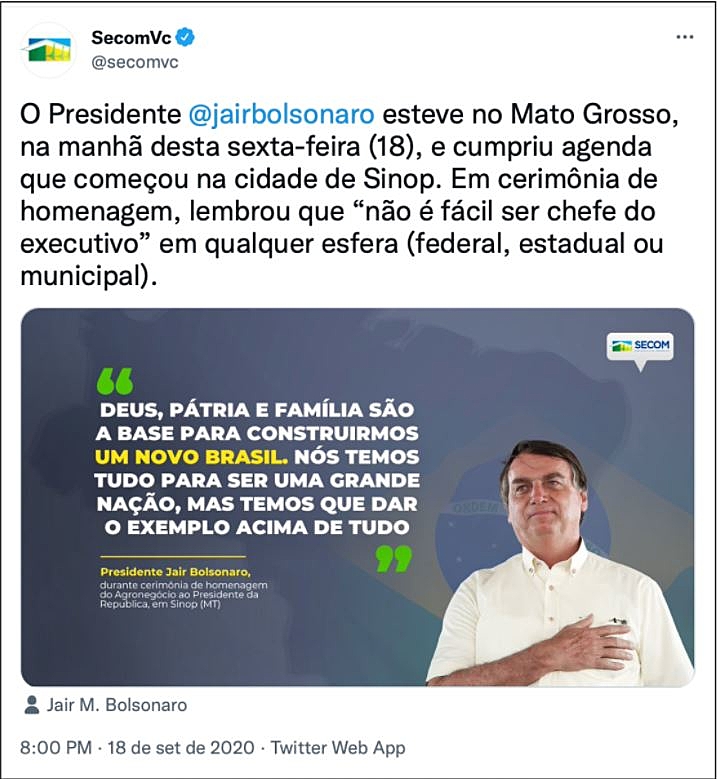 The AGU (Attorney General’s Office) and Secom argued in the process that they are within the law: “there is no personal promotion, but only the implementation of the principle of publicity and respect for the fundamental right to information”, says the statement presented. in UOL publication – and rejected by the TCU ministers.

:: Covid’s CPI: TCU auditor indicates that study on notification was tampered with in Planalto ::

Linked to the Ministry of Communications, Secom is headed by André de Sousa Costa and is responsible for guiding the Executive’s advertising campaigns. Recently, the secretariat generated controversy and anger in the networks by publishing a photo of an armed man on Farmer’s Day.

Costa is a colonel in the Federal District Military Police. He took over in April and was Bolsonaro’s fourth appointment to the post since the start of his rule.