São Borja, with 63,000 inhabitants, on the border between Brazil and Argentina, is one of the largest rice producers in the country. With an economy based on farming, it is a region where the ruralists are in charge, which translates, politically, into the municipal hegemony of the PP, party of senator Luiz Carlos Heinze, also a rice farmer.

The acronym elected the majority of councilors and controls the city hall. But it was not always so. São Borja is also the cradle of labor, by Getúlio Vargas and João Goulart. Perhaps partly because of this memory, local conservatism was unable to prevent an absolute novelty: the election of a trans, black, peripheral and left-wing woman.

Lins Roballo, 38, married, councilor for the PT, was one of the three trans women elected in 2020 in the state. Elected with 678 votes cast mainly by women, students and the LGBT public, she set up a cabinet with trans women. In this dialog with the Brazil de Fact RS, she talks about her trajectory and the barriers she faces to perform her task.

“It’s these different looks that make us have a perception of many places of the same reality, of the same difficulties” / Photo: Divulgation/social networks Lins Roballo

Brasil de Fato RS – What is it like to be not only the only trans councilor, but also the only black and PT member in a Chamber dominated by white and conservative men? And what has it been like to develop your mandate in this year of pandemic?

I find it very challenging, because in addition to the whiteness of my peers, (there is) the historical cultural construction of their speeches facing issues that are so necessary to be debated today, such as LGBTphobia, racism, precarious work, voices precarious. And developing this agenda at this time of pandemic is a little different from what we had thought. In reality, we don’t go out on the street, there’s no way to go out, visit people.

Not being able to do politics without a confrontation

What kind of attacks did you suffer during your tenure, inside and outside the Chamber?

The attacks that I suffer directly are related to party-political ideology. Few are directed at me as a person. Of course, they come to me as a human being, because there is no way to attack a mandate without signaling or marking the body of the person who represents that mandate.

Are the multiple prejudices – of race, gender, party and ideological option – that you are facing what you expected or is it being more difficult than you imagined?

They are a result of the process. There is no way to do politics without a confrontation. A policy that everyone agrees on and that there is no disagreement is, in reality, a dumb policy. It doesn’t produce credibility. If everyone says amen and agrees, obviously there is a weakened process there of what democracy is and what political perceptions are. We knew it would be that, coming from the party we are in and with the agendas that we defend.

Her office is also made up of trans women. Her chief of staff was dismissed by the president of the Legislature. On what charge?

My office is integrated by diversity. I, a black woman from the periphery, am a transvestite. There are two other trans women and now there is a trans man, and we are composing with a few more people who bring this aspect of the diversity look. We even have a white cis man who works on our digital communication process.

These different looks are what make us have a perception of many places of the same reality, of the same difficulties. And Rafa (Rafa Ella Matoso) was exonerated by the president of the Legislature (José Luiz Machado, from the PP) without any well-founded accusations. Only he didn’t agree with what she was critically and democratically reflecting on social media.

Our projects are stopped before going up to the Plenary

What are your projects? Have you ever introduced any of them? How was the reaction of colleagues?

Our projects, requirements, indications, any document that we produce, are not approved by the Casa because there is all this rancidity with us, this political persecution. So we have this difficulty, but it doesn’t impede our intellectual production, the production of bills and indicatives.

We made eight PLs on the defense of International Women’s Day, one each day, from the 1st to the 8th of March. We produced other PLs, indicatives and requests that I understand are stopped in the process before going up to the Plenary. In the Justice and Finance Committee they always decide against our projects. 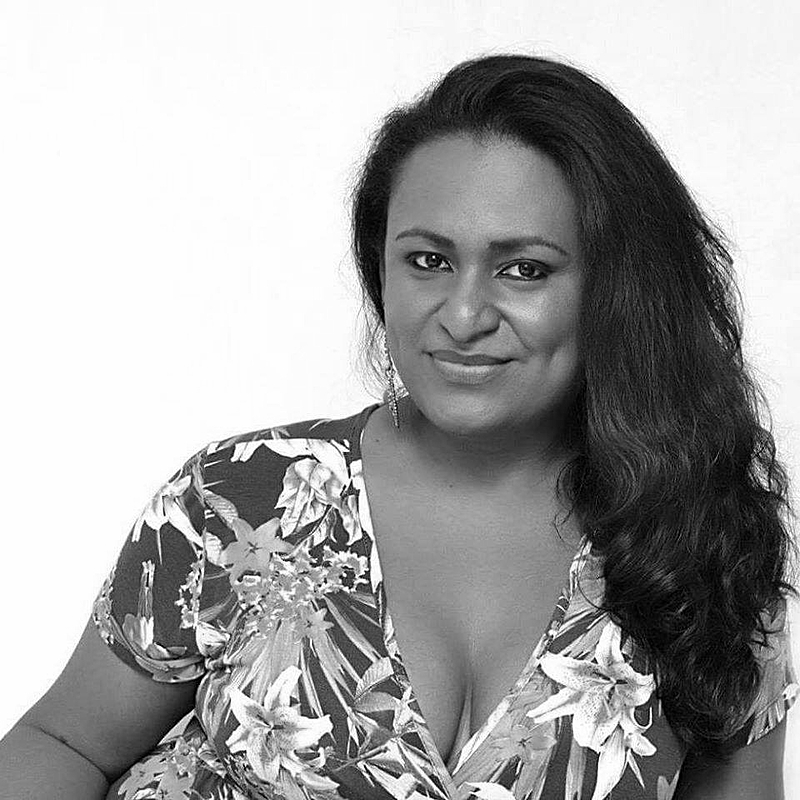 “We have to have women who are committed to women’s rights, who defend other women and who want other women in this process” / Personal Archive

In a context of hate, denial, we have elections like yours, which guarantee diversity. How to maintain and evolve in this regard? What is the importance of a plural, diverse policy based on respect for differences?

First, it is necessary to look at politics as several places. It’s not just what happens in the City Council. The policy is administrative, sectorial, community and collective. When we understand these places, we can map out how to build this political space inside these boxes.

Administratively, it is within the Legislative House, sectoral is when we are able to look at other sectors of our society, such as the periphery, commerce, workers, industry, health, and manage to produce reflections, criticisms, PLs and proposals on top of that.

Community is when you can look at our territories and their particularized demands, their daily challenges, and collective is when we manage to work that look at the whole.

We are not the ones who do politics. Those who do politics are the people who believe in it, vote for committed mandates and want the transformation of politics. So, it’s not Lins Roballo that wants this. It’s the society that has to want it. It is who suffers the impacts of the policy that is not collectivized.

We do not occupy power today as we should

What advice would you give to trans women who would like to run for a political term?

What I would say to all women, trans, black, from the periphery, single mothers, workers is to believe in your potential. You are the majority of society, you decide the elections. What we need is to learn to let go of this addiction that we have to defend this cis hetero normativity, patriarchal and sexist.

When women understand that they need to be together and defend each other and not defend patriarchy – which is who commands, regulates and feeds back machismo – we will really have freedom of expression, rights, autonomy, and especially to occupy power .

We do not occupy power today as we should. They build the barriers and set the rules. They encourage those who want and discourage those who do not want to occupy political spaces. So, we cannot have women there (in power) just because they are women. We have to have women who are committed to women’s rights, who defend other women and who want other women in this process.

Tell us a little about your life, your education, your political choice and the moment you decided to assume your condition.

I am a social worker, woman, black, from the periphery, transvestite, worker, who has been developing actions within the social movement for 14 years. I have been a civil servant with a public examination for eight years, a specialist in non-violent communication and a master’s degree in Social Sciences.

I am the daughter of Ilza Roballo, sister of many others, natural and unnatural, biological and non-biological, but who strengthen my story.

I believe in a society where freedoms are the main focus of our existence. Without freedom, we do not have decision-making autonomy, democratic, conscious, we do not have effective decisions, and we do not have the courage to denounce whoever takes this space and this voice, the silencing.

I really want freedom to be the main final objective of this whole process. You have to have freedom. Only with it do we make decisions, denounce those who attack us and face what is trying to eliminate us.