Lawyer Paulo Fernando Melo, one of the leaders of the integralist movement in Brazil, is the organizer of the pro-government demonstration by President Jair Bolsonaro that will take place this Tuesday (7), on Independence Day, in Brasília (DF). Melo worked in the federal administration in a commissioned position, as a special advisor to Minister Damares Alves (Women, Family and Human Rights), from February 2019 to May 2021.

After leaving the executive post, Melo remained close to the Bolsonaro administration. On August 26, he held a meeting at the office of the Minister of Health, Marcelo Queiroga. The meeting, which initially was not registered in the official agenda, was revealed by the press and only later inserted in the official records of the head of Health.

The official justification of the folder, released at the time, is that the meeting served to collect testimony for a biography on the extreme right-wing deputy Enéas Carneiro (1938-2007), of whom Queiroga was a student. Melo even advised the former presidential candidate.

On the date of the meeting between Queiroga and Melo, the events of September 7 were already scheduled. The demonstrations insufflated by pocket members will have the presence of the president in Brasília, in the morning, and on Avenida Paulista, in São Paulo, in the afternoon. Melo is one of the main enthusiasts of the movement in the federal capital.

Before assuming the role in the party, Melo remained for nearly two years in the federal government, working directly in the office of Damares. The position he occupied earned him salaries in excess of R$ 16,000 a month. He is still on the list of ministry officials. 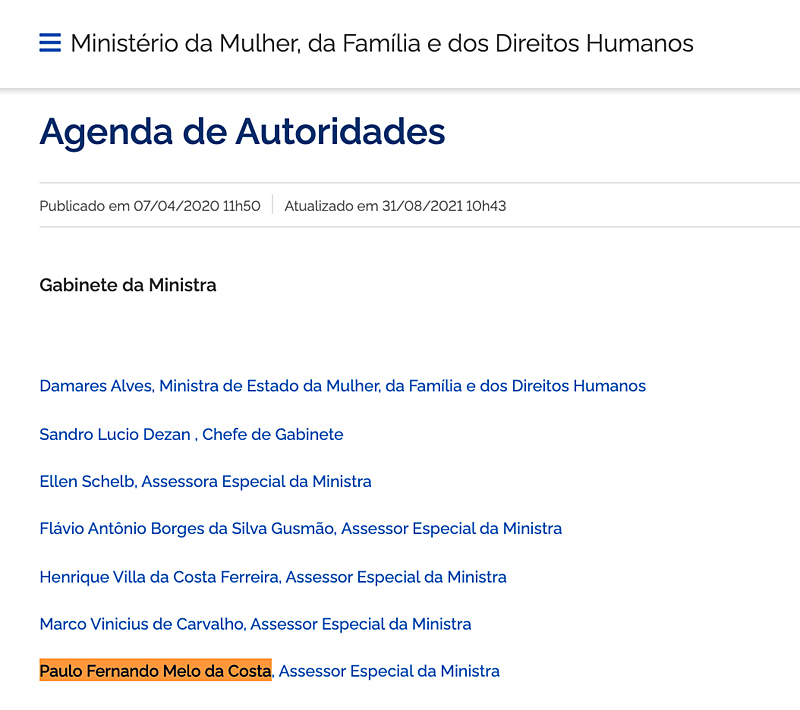 Paulo Melo’s name is still on the website of the Ministry of Women, Family and Human Rights / Reproduction/GOV.BR

The curriculum presented by the integralist has as main professional experience the parliamentary assistance in the Chamber of Deputies and in the Federal Senate. According to him, activities within the National Congress began in 1989 and only ended in 2018.

On August 16, Melo met in the Senate with Eduardo Girão (Podemos-CE), one of the main members of the government’s bench in the Parliamentary Inquiry Commission that investigates the actions and omissions of the federal government in combating the new coronavirus pandemic.

According to the integralist, the meeting with Girão was about “gambling, drugs, abortion and the national political scenario”. At the time, the September 7 demonstrations were also being called by the president by his supporters. 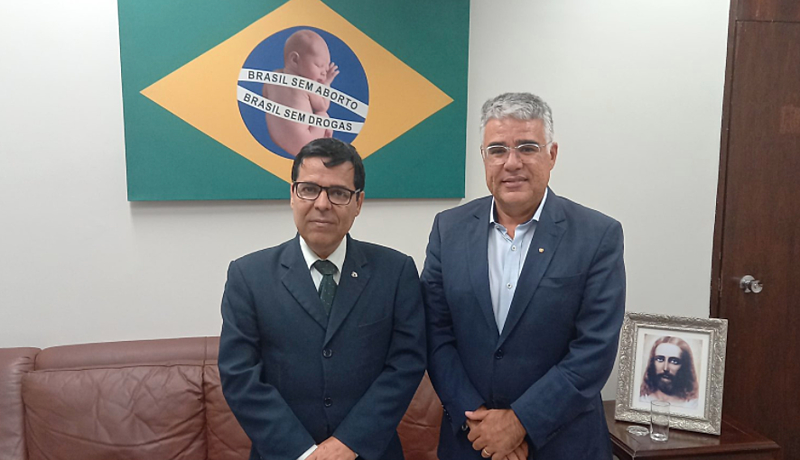 This Sunday (5), the Integralismo no DF Twitter account, which identifies Melo as its main leader, published an image with flags that should be taken to the Esplanade of Ministries during the Independence Day demonstration. Last Thursday (2), the same profile released a photo of printed pamphlets that must be delivered during the act. According to them, they are copies of the “Manifesto de Outubro”, a publication written by the fascist leader Plínio Salgado and published in the 1940s. 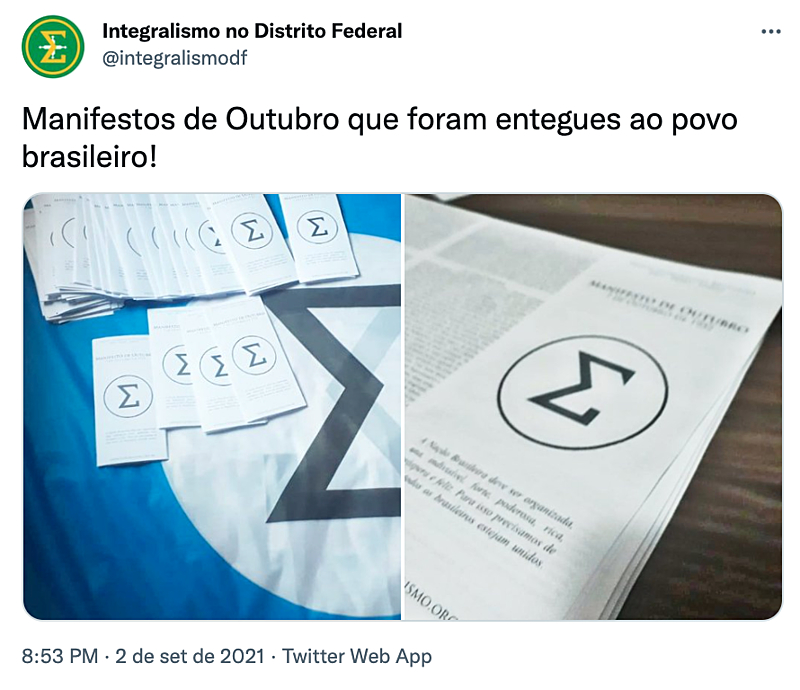 Copies of the “Manifesto of October”, originally written by Plínio Salgado / Reproduction/Twitter