Born in Imperatriz, in the south of Maranhão, the Olympic silver medalist in street skate Rayssa Leal, Fadinha, has won the attention of the world not only for her age and talent, but for the naturalness and innocence with which she deals with everything that is happening.

With no magic formulas, the 13-year-old girl explains all the time that she’s just having fun. And it’s with this same spirit that she lives her days when she’s in her hometown, between studies and stints at the skate park at Praça Mané Garrincha, the only one in the city and which underwent renovations in 2019, thanks to her performance and the mobilizing your blood and skateboarding family.

In 2015 and 2021, Rayssa continues to “play” skateboarding at the skate park in Mané Garrincha square, in Imperatriz. / Reproduction / TV Globo and @rayssalealsk8

On the Imperatriz dancefloor, parents Haroldo Leal and Lilian Mendes took little Rayssa, still six years old, to play with the gift she had received. At first, the game was not so well accepted, not even among the family, as Rayssa says during a press conference by the Brazilian Olympic Committee (COB) in Tokyo, in response to CNN journalist Ludmila Candal.

::Learn which were the first Brazilian medals at the Tokyo Olympics::

“When I started I suffered a lot of prejudice for being a girl and too young to start skating. A lot of my family said it wasn’t going to work, that I wasn’t going to make it, and changing their minds is very important. You will succeed, just dream, persist and trust in God”, he said.

This is what she also highlights in a publication on social networks, in which, with pride, her great-grandmother Joana Rodrigues holds the trophy of her great-granddaughter, the youngest champion in the history of Street League Skateboarding (STS), world championship in 2019 in Los Angeles, at age 11: “skating is not what they imagined, today everyone has changed their vision”.

In an environment dominated by boys, she soon became the sister of the class and deconstructed the stigma that this was not a place for girls. Today the Mané Garrincha track brings together not only friends, but a large family.

“The boys got along really well with her, we didn’t have any difficulties, even because Rayssa always liked to hang out with the boys, to have more gas. She is this person you see. She likes to be with the guys, she doesn’t separate her friendship cycle, she always liked everyone”, says one of the skate partners and family friend, Maksuel Mendes. 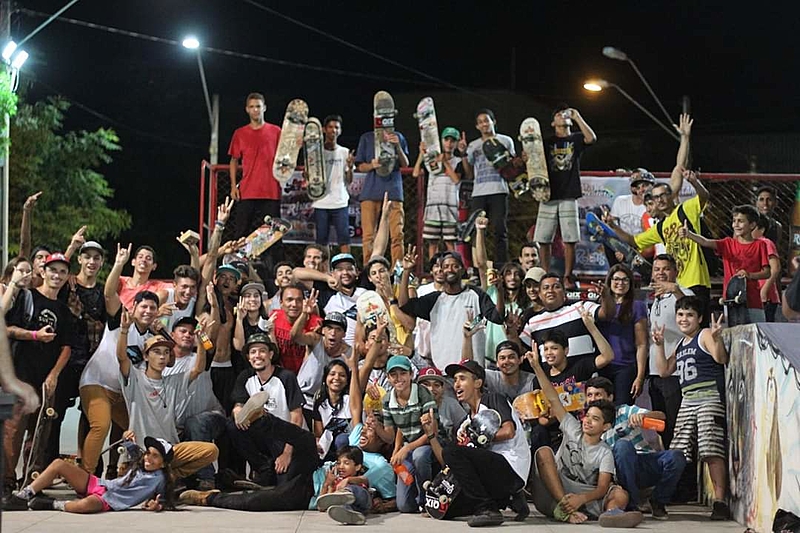 To follow the dispute live, a screen was even set up in the city and, alongside father Haroldo Leal and younger brother Arthur, who at 10 years of age is already following in the footsteps of his sister on the wheels, the family cheered, united by Rayssa.

Respected in the field, the Leal family as a whole is an inspiration to young people who practice the sport, for the persistence with which it sought to make this dream come true.

One of the boys who have been practicing with Rayssa since his first steps in the city is Felipe Gustavo, who was welcomed by his family, who has already won a birthday party and a partner on trips to São Paulo and Rio de Janeiro in 2018 to compete and meet some skateboarding idols such as Sandro Dias, Letícia Bufoni and also Olympic medalist, Kelvin Hoefler. 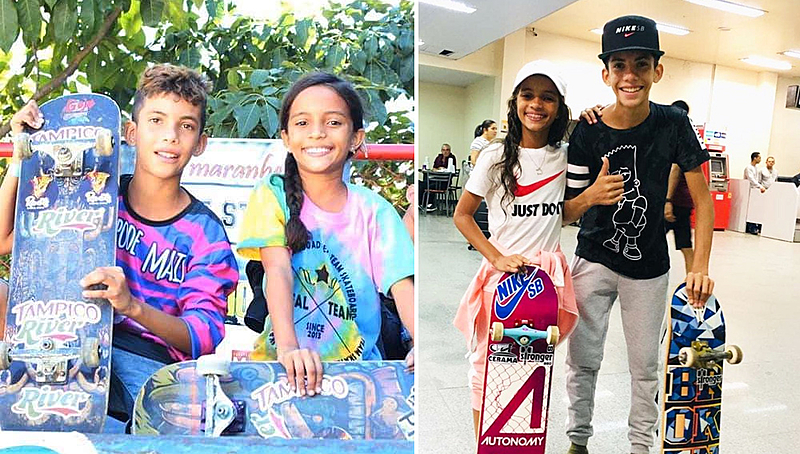 Welcomed like a brother, friend Felipe Gustavo has been a track partner since the first maneuvers. / Reproduction / @raysalealsk8

Twice champion from Maranhão, Felipe was thrilled with winning his sister on social networks and thanked the support he has received over the years.

“You’ve always been a warrior, your father and mother always tried to do what was best for you. Thank so much to daddy in heaven for having a father and a mother as supportive as yours. Congratulations family and thank you for welcoming me so well. Thank you for everything you did for me!”, he published.

With the performance of the little girl after going viral on social networks as Fadinha in 2015 and the certainty that Empress did not guarantee the necessary conditions for training, Rayssa’s parents embraced the cause of skateboarding in the city and started going door-to-door to ask for improvements in the public space, more safety in the square and appreciation of young athletes. In the dream place of a swimming pool, Rayssa conquered a skate park in her backyard. / Reproduction / @raysalealsk8

Despite the renovation in 2019, little was done for the sport in the city, but Rayssa flew anyway. Now awarded, sponsored and a reference in the sport, she conquered the dream of having her own skate park in her backyard during the quarantine. For this, she had the technical support of Cristiano Fernandes, creator of the Brasil Skate Camp, who spent a week following the works.

And Rayssa will continue to fly higher and higher. With a jump from just over 800,000 followers to over 5 million, even the country was small. The eyes of the world are turned to the fairy who showed, with the lightness and smile of a child, that it is possible.

The Olympics mascot, Miraitowa, nicknamed by her Herex for not knowing how to pronounce the real name, was who accompanied her last night’s sleep in Tokyo. This night will be followed by days of many accomplishments and more dreams to be made – for her, her family and all Brazilians.